Hollywood: Perhaps no other place on earth evokes the same air of show-business magic and glamour. The legend of Hollywood began in the early 20th century and is an earmark of modern American society rich in history and innovation.

The Origin of Movies

The origin of movies and motion pictures began in the late 1800’s, with the invention of “motion toys” designed to trick the eye into seeing an illusion of motion from a display of still frames in quick succession, such as the thaumatrope and the zoetrope.

In 1872, Edward Muybridge created the first movie ever made by placing twelve cameras on a racetrack and rigging the cameras to capture shots in quick sequence as a horse crossed in front of their lenses. 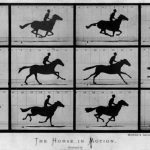 The First Movie Ever Made: Why and when films were invented 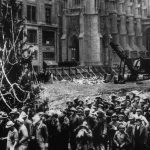 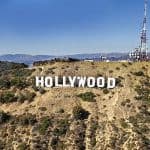 The History of Hollywood: The Film Industry Exposed

The first film for motion photography was invented in 1885 by George Eastman and William H. Walker, which contributed to the advance of motion photography. Shortly thereafter, the brothers Auguste and Louis Lumiere created a hand-cranked machine called the cinematographe, which could both capture pictures and project still frames in quick succession.

The 1900’s were a time of great advancement for film and motion picture technology. Exploration into editing, backdrops, and visual flow motivated aspiring filmmakers to push into new creative territory. One of the earliest and most famous movies created during this time was The Great Train Robbery, created in 1903 by Edwin S. Porter.

Around 1905, “Nickelodeons”, or 5-cent movie theaters, began to offer an easy and inexpensive way for the public to watch movies. Nickelodeons helped the movie industry move into the 1920’s by increasing the public appeal of film and generate more money for filmmakers, alongside the widespread use of theaters to screen World War I propaganda.

The end of World War I ushered the United States into a cultural boom, a new industry center was on the rise: Hollywood, the home of motion pictures in America.

According to industry myth, the first movie made in Hollywood was Cecil B. DeMille’s The Squaw Man in 1914 when its director decided last-minute to shoot in Los Angeles, but In Old California, an earlier film by DW Griffith had been filmed entirely in the village of Hollywood in 1910.

Notable actors of this period include Charlie Chaplin.

By 1919, “Hollywood” had transformed into the face of American cinema and all the glamour it would come to embody.

The 1920’s were when the movie industry began to truly flourish, along with the birth of the “movie star”. With hundreds of movies being made each year, Hollywood was the rise of an American force.

Hollywood alone was considered a cultural icon set apart from the rest of Los Angeles, emphasizing leisure, luxury, and a growing “party scene”.

This age also saw the rise of two coveted roles in the movie industry: the director and the star.

Directors began to receive greater recognition for using and trademarking personal styles in the creation of their films, which previously in history had not been possible due to limitations in filmmaking technology.

Additionally, movie stars began to receive greater fame and notoriety due to increases in publicity and shifts in American trends to value faces from the big screen.

The 1920s also saw the founding of the first movie studio in the United States.

The 1930’s was considered the Golden Age of Hollywood, with 65% of the US population attending the cinema on a weekly basis.

A new era in film history began in this decade with the industry-wide movement towards sound into film, creating new genres such as action, musicals, documentaries, social statement films, comedies, westerns, and horror movies, with stars such as Laurence Olivier, Shirley Temple, and director John Ford rising to rapid fame.

The use of audio tracks in motion pictures created a new viewer dynamic and also initiated Hollywood’s leverage in the upcoming World War II.

The early 1940’s were a tough time for the American film industry, especially after the attack on Pearl Harbor by the Japanese. However, production saw a rebound due to advances in technology such as special effects, better sound recording quality, and the beginning of color film use, all of which made movies more modern and appealing.

Like all other American industries, the film industry responded to World War II with increased productivity, creating a new wave of wartime pictures. During the war, Hollywood was a major source of American patriotism by generating propaganda, documentaries, educational pictures, and general awareness of wartime need. The year 1946 saw an all-time high in theater attendance and total profits.

The 1950’s were a time of immense change in American culture and around the world. In the post-war United States, the average family grew in affluence, which created new societal trends, advances in music, and the rise of pop culture – particularly the introduction of television sets. By 1950, an estimated 10 million homes owned a television set.

A shift in demographics created a change in the film industry’s target market, which began creating material aimed at American youth. Instead of traditional, idealized portrayals of characters, filmmakers started creating tales of rebellion and rock n’ roll.

The appeal and convenience of television caused a major decline in movie theater attendance, which resulted in many Hollywood studios losing money. To adapt to the times, Hollywood began producing film for TV in order to make the money it was losing in movie theaters. This marked the entrance of Hollywood into the television industry.

The 1960’s saw a great push for social change. Movies during this time focused on fun, fashion, rock n’ roll, societal shifts like the civil rights movements, and transitions in cultural values.

It was also a time of change in the world’s perception of America and its culture, largely influenced by the Vietnam War and continuous shifts in governmental power.

1963 was the slowest year in film production; approximately 120 movies were released, which was fewer than any year to date since the 1920’s. This decline in production was caused by lower profits due to the pull of television. Film companies instead began to make money in other areas: music records, movies made for TV, and the invention of the TV series. Additionally, the average film ticket price was lowered to only a dollar, in an attempt to draw more patrons to the cinema.

By 1970, this caused a depression in the film industry that had been developing over the past 25 years. A few studios still struggled to survive and made money in new ways, such as theme parks like Florida’s Disney World. Because of financial struggles, national companies bought out many studios. The Golden Age of Hollywood was over.

With the Vietnam War in full swing, the 1970’s began with an essence of disenchantment and frustration within American culture. Although Hollywood had seen its lowest times, during the late 1960’s, the 1970’s saw a rush of creativity due to changes in restrictions on language, sex, violence, and other strong thematic content. American counterculture inspired Hollywood to take greater risks with new alternative filmmakers.

The rebirth of Hollywood during the 1970’s was based on making high-action and youth-oriented pictures, usually featuring new and dazzling special effects technology.

Hollywood’s financial trouble was somewhat alleviated with the then-shocking success of movies like Jaws and Star Wars, which became the highest-grossing movies in film history (at that time).

This era also saw the advent of VHS video players, laser disc players, and films on video cassette tapes and discs, which greatly increased profits and revenue for studios. However, this new option to view movies at home once again caused a decrease in theater attendance.

In the 1980’s, the past creativity of the film industry became homogenized and overly marketable. Designed only for audience appeal, most 1980’s feature films were considered generic and few became classics. This decade is recognized as the introduction of high concept films that could be easily described in 25 words or less, which made the movies of this time more marketable, understandable, and culturally accessible.

By the end of the 1980’s, it was generally recognized that films of that time were intended for audiences who sought simple entertainment, as most pictures were unoriginal and formulaic.

Many studios sought to capitalize on advancements in special effects technology, instead of taking risks on experimental or thought-provoking concepts.

The future of film looked precarious as production costs increased and ticket prices continued to drop. But although the outlook was bleak, films such as Return of the Jedi, Terminator, and Batman were met with unexpected success.

Due to the use of special effects, the budget of film production increased and consequently launched the names of many actors into overblown stardom. International big business eventually took financial control over many movies, which allowed foreign interests to own properties in Hollywood. To save money, more and more films started to launch production in overseas locations. Multi-national industry conglomerates bought out many studios, including Columbia and 20th Century Fox.

The economic decline of the early 1990’s caused a major decrease in box office revenue. Overall theater attendance was up due to new multiscreen Cineplex complexes throughout the United States. Use of special effects for violent scenes such as battlefield scenes, car chases, and gunfights in high-budget films (such as Braveheart) was a primary appeal for many moviegoers.

Meanwhile, pressure on studio executives to make ends meet while creating hit movies was on the rise. In Hollywood, movies were becoming exorbitantly expensive to make due to higher costs for movie stars, agency fees, rising production costs, advertising campaigns, and crew threats to strike.

VCR’s were still popular at this time, and profits from video rentals were higher than the sales of movie tickets. In 1992, CD-ROM’s were created. These paved the way for movies on DVD, which hit stores by 1997. DVD’s featured a much better image quality as well as the capacity for interactive content, and videotapes became obsolete a few years later.

The turn of the millennium brought a new age in film history with rapid and remarkable advances in technology. The movie industry has already seen achievements and inventions in the 2000’s, such as the Blu-ray disc and IMAX theaters.

Additionally, movies and TV shows can now be watched on smartphones, tablets, computers, and other personal devices with the advent of streaming services such as Netflix.