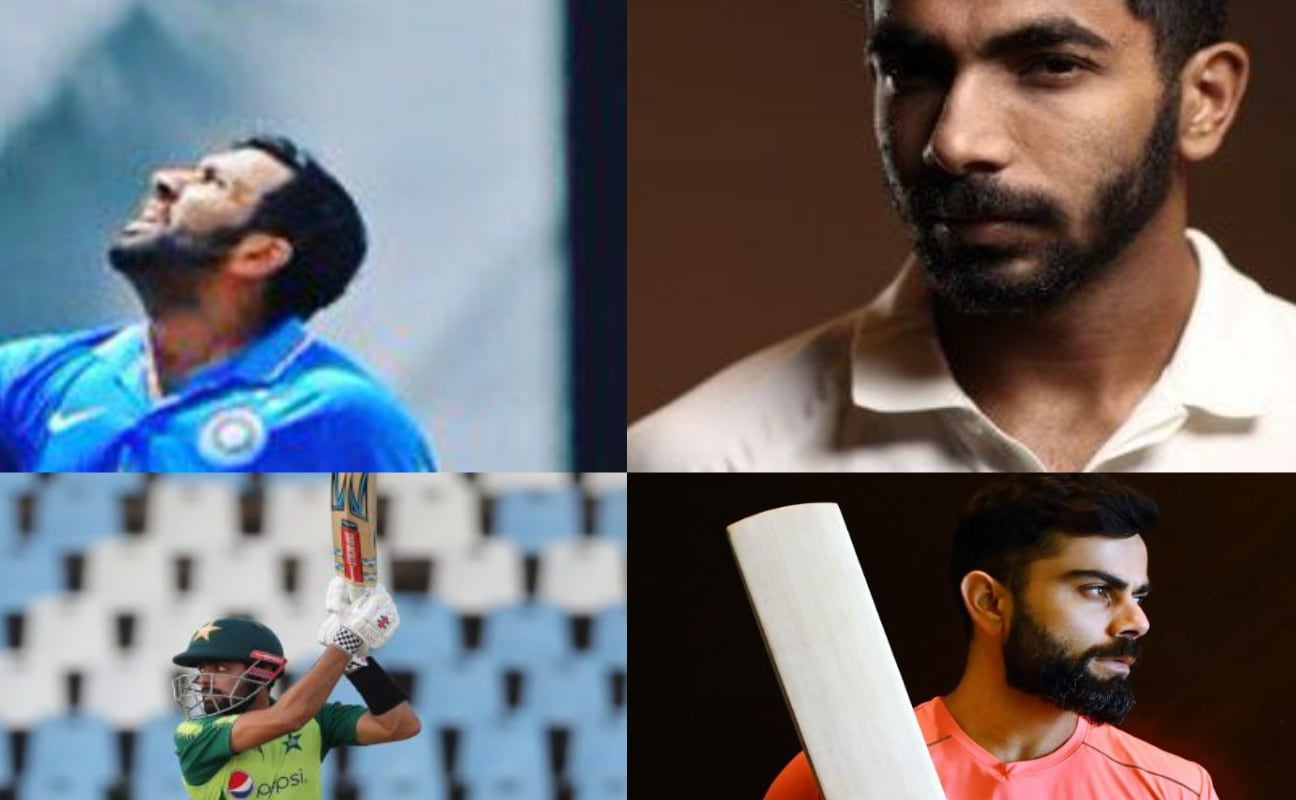 India skipper Virat Kohli and his deputy Rohit Sharma held on to their second and third positions respectively in the batting chart, while pacer Jasprit Bumrah remained static at number five in the bowling list of the latest ICC ODI player rankings issued on Wednesday.

Kohli and Sharma were sitting pretty with 857 and 825 points respectively in the batting list headed by Pakistan’s Babar Azam with 865 points.

In bowling, Bumrah was at the 5th position with 690 points, while New Zealand’s Trent Boult was atop with 737 points, followed by Bangladesh’s Mehidy Hasan (725), Afghanistan’s Mujeeb Ur Rahman (708) and Kiwi pacer Matt Henry (691).

WTC 2021: Earlier 9 Out of 10 Youngsters Wanted To Become Kohli; Now They Want To Be Bumrah – Balaji

Bangladesh off-spinner Hasan became only the third bowler from his country to be ranked among the top two after a fine showing in the first two matches of their ongoing World Cup Super League series against Sri Lanka.

Hasan has advanced three places to reach the second position after returning figures of four for 30 and three for 28 bowling with the new ball.

All-rounder Shakib Al Hasan had grabbed the number one position in 2009 for the first time, while left-arm spinner Abdur Razzak is the other Bangladesh bowler to have been in the top two, reaching the second position in 2010.

Left-arm fast bowler Mustafizur Rehman is another one from Bangladesh to move up the list, his hauls of three for 34 and three for 16 lifting him eight places to ninth position.

Mushfiqur Rahim, player of the match in both ODIs, has moved up four places to a career-best 14th position after scoring 84 and 125. His best position has been fifth, which he had attained in December 2018.

Mahmudullah has advanced two places to 38th position after his scores of 54 and 41.

For Sri Lanka, fast bowler Dushmantha Chameera’s haul of three for 44 in the second match has lifted him 11 places to joint-61st along with compatriot PWH de Siva, who too has advanced eight places.

Dhananjaya de Silva (up nine places to 83rd) and Lakshan Sandakan (up nine places to 94th) are among the other bowlers to gain in the latest weekly update that also includes performances in the two-match series between the Netherlands and Scotland.

Scotland batsman Richard Berrington’s knock of 41 in the first match of the series played in Rotterdam has lifted him two places to joint-72nd while the Netherlands’ opener Max O’Dowd’s 102-ball 82 in the same match sees him progress 11 places to 150th.

Scotland’s new-ball bowler Alasdair Evans has moved up 10 places to 89th after his five-wicket haul in the second match helped his team draw the series 1-1.