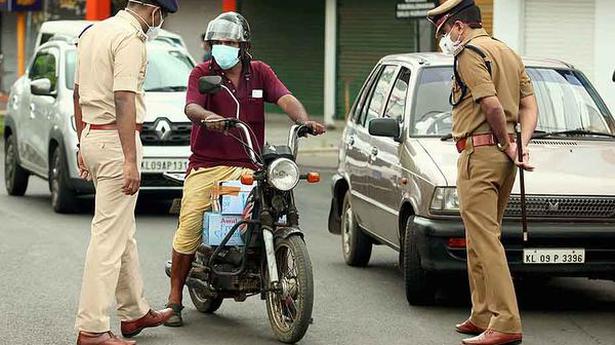 As many as 3,038 persons tested positive for COVID-19 in Palakkad on Wednesday. They were found positive when 12,337 people underwent tests.

Health officials said that there was a test positivity rate (TPR) of 24.63% in the district.

However, there were 3,139 recoveries in Palakkad on Wednesday.

Of the newly infected cases, 1,846 had contracted the disease through direct interaction with infected persons. There were 1,179 cases without an identifiable source of infection. Among the new cases were eight health workers and five persons who returned from abroad and other States.

Kozhikode district recorded a daily test positivity rate (TPR) of 15.16% on Wednesday, the lowest so far this month. As many as 1,817 people tested positive for SARS-CoV-2.

According to the District Medical Officer, fresh cases have been below 2,000 for the past four days. The district is reporting a daily TPR below 15% after April 13 for the first time. There has been a decline in the active caseload as well. If the total number of people under treatment had reached 53,244 on May 7, it has now come down to 23,102. Of them, 18,071 are under home isolation. As many as 912 people have so far died of the infection in the district.

Only Kadalundi grama panchayat has a weekly TPR of over 30%.

Meanwhile, a mass COVID-19 vaccination drive for the differently abled population in the 18-44 age group will be held at various centres in Kozhikode district on May 29 to cover as many as 15,000 people. Registration can be done with the help of local anganwadi workers

(With inputs from Kozhikode and Thrissur bureaus)