Ajinkya Rahane Is “Classic, Not Colourless” In Latest Black-And-White Pic 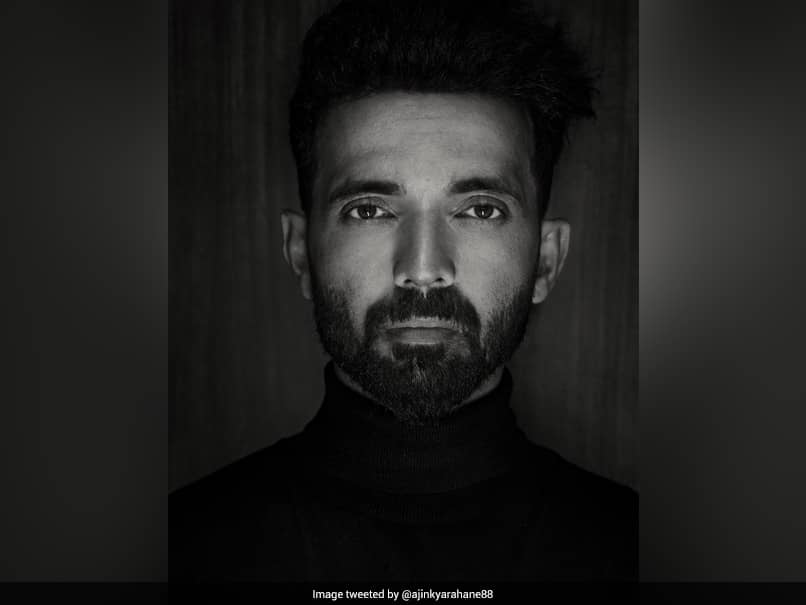 India’s Test vice-captain Ajinkya Rahane on Wednesday shared a black-and-white photo on social media. Well groomed and sporting a turtleneck, Rahane looked dashing in the photo. “Classic, not colourless,” he captioned the picture on Twitter and Instagram. His wife Radhika Dhopavkar commented on his picture with a heart-eyes emoji and a fire emoji. The picture garnered close to 90,000 likes within two hours of Rahane sharing it on Instagram. Actor Pranali Ghogare also commented on the picture, writing “Blessed my feed”.

Rahane is set to play the World Test Championship final against New Zealand in Southampton next, before the five-match Test series against England. He is currently quarantining in Mumbai along with the rest of the Indian Test squad ahead of the tour of the UK.

Rahane played a key role in India qualifying for the WTC final. Despite leading the points table at one point, change in rules due to the COVID-19 pandemic saw India needing to win the Test series in Australia and then at home against England.

After India lost the series-opener Down Under – suffering the ignominy of 36 all out in process – they were also left without captain Virat Kohli, who returned home on paternity leave.

Rahane then hit a century in the Boxing Day Test in Melbourne to help the visitors level the series before leading them to an draw in Sydney and a historic win at Australia’s fortress, the Gabba, as India won the series 2-1.

Rahane also scored a half-century in the four-match series against England at home.

The WTC final is set to begin on June 18.

Topics mentioned in this article

Britney Spears gets cosy with boyfriend Sam Asghari in a loved up post; See PHOTO