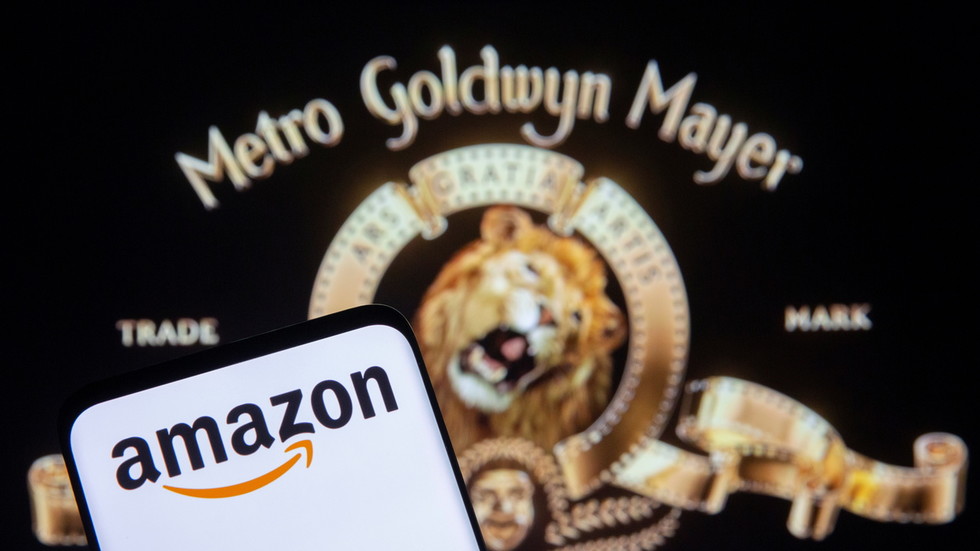 Amazon has acquired MGM Studios – the outfit behind the James Bond franchise – for a whopping $8.45 billion. The deal is Amazon’s second-biggest acquisition ever, but comes amid multiple antitrust investigations into the firm.

The deal, rumored to have been in the works since late last year, was announced by Amazon on Wednesday.

With more than 4,000 films – including the James Bond franchise, ‘Rocky’, and ‘The Silence of the Lambs’ – acquiring MGM’s back catalog is a major boost for Amazon’s Prime Video streaming service. The fact that cable network Epix, which has exclusive rights to screen Paramount titles once they finish up in theaters, came bundled with the purchase, likely sweetened the deal.

Also on rt.com Amazon Unbound perfectly charts Jeff Bezos’ journey from bookselling nerd to untamable egomaniac whose mission is to save mankind

Owning the small screen rights to upcoming Paramount titles like ‘Mission Impossible 7’ could give Amazon the edge over streaming competitors like Netflix, Disney+ and Hulu.

At $8.45 billion, the deal is Amazon’s second-largest acquisition to date, behind its 2017 purchase of Whole Foods for $13.7 billion. Way behind in third place was its 2009 purchase of Zappos, a shoe retailer, for $1.2 billion.

A market leader or top-tier competitor in e-commerce, groceries, entertainment, cloud computing and artificial intelligence, Amazon is the world’s largest internet company, with a market capitalization of more than $1.6 trillion. Its founder and CEO, Jeff Bezos, is the world’s richest person, with a fortune of more than $188 billion.

After decades of pricing out competitors, even while taking losses in the process, Amazon’s online marketplace has recently attracted the attention of lawmakers in the US and EU, who have threatened to break the company up with antitrust legislation. Former presidential candidate and Massachusetts Senator Elizabeth Warren (D) has been a long-time champion of this approach, and a House Judiciary Committee report last year reiterated these calls – accusing Amazon of stifling competition by both owning and selling on the same marketplace as independent retailers. Formal antitrust investigations have also been opened in the EU.

Just last week, Washington DC Attorney General Karl Racine sued Amazon for price fixing, due to the firm’s requirement that third-party sellers offer their lowest prices on Amazon, even when Amazon’s fees are taken into account.

It is unclear whether lawmakers will probe the MGM acquisition in and of itself, but should Bezos be hauled before Congress again to defend his company’s business practices, as he was last year, the market-cornering deal will certainly do him no favors in the eyes of antitrust-hungry politicians.

Grandmaster Akshar on prenatal Yoga poses for every trimester