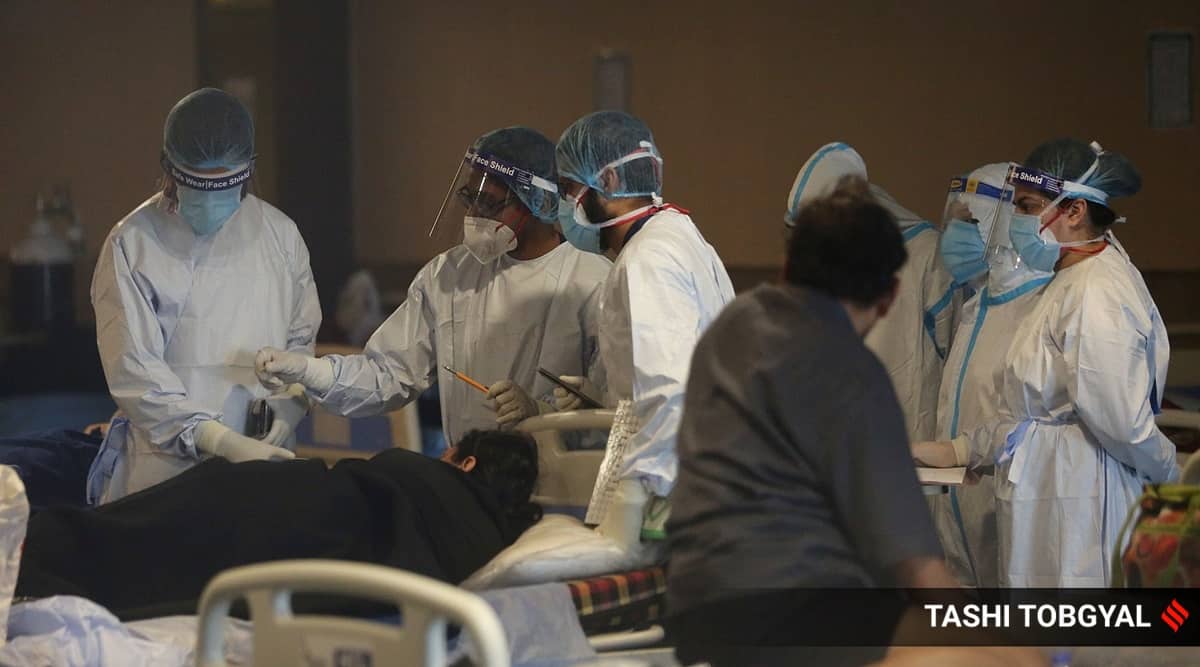 Excessive use of the world’s most potent antibiotics has stoked drug-resistant infections in India for years. Now the country’s Covid crisis has put the calamity into hyperdrive.

A first look at how many patients hospitalized during India’s first coronavirus wave also developed bacterial and fungal infections found that a small but alarming proportion harbor germs that resist multiple drugs.

Doctors battling to save lives amid a dearth of effective treatments are turning to the medicines they have on hand — often antibiotics that aren’t used in other countries for Covid-19. What’s more, the chaos of overrun hospitals means staff can’t always take precautions to ensure infections don’t spread from one patient to the next.

The use of antibiotics — especially some that the World Health Organization recommends reserving for the most difficult-to-treat cases — may be “adding fuel to the fire of the already alarming antimicrobial resistance levels,” Kamini Walia, a microbiologist with the Indian Council of Medical Research, and colleagues said Monday in a study. “Fear of missing a secondary infection and lack of specific therapy for Covid-19 leads to over-prescription of antibiotics.”

The research, published in the journal Infection and Drug Resistance, analyzed data from 17,534 Covid patients admitted to one of 10 hospitals in the council’s surveillance network from June 1 to Aug. 30, 2020. Among these, 640 patients, or 3.6%, had a secondary infection, though the incidence was as high as 28% in some hospitals. Co-infections were caused by multidrug-resistant organisms in about half of the cases.

Almost 60% of patients with secondary infections died, compared with about 11% of those who didn’t pick up another bug, according to the study. The majority of those who died had diabetes, hypertension or another underlying health condition known to worsen the severity of Covid-19.

“It shows that if Covid doesn’t kill you, these secondary infections can,” said Ramanan Laxminarayan, director of the Center for Disease Dynamics, Economics & Policy in New Delhi, whose group studies antibiotic-resistance patterns globally.

The data were collected when Covid cases were on the rise, and “the findings suggest that a lot of over-prescribing of antimicrobials happened during that time,” the authors said. Of the almost 27 million virus cases reported in India, 10 million have occurred just in the past month, overwhelming hospitals and leading to shortages of oxygen and other critical supplies.

“Who knows what the mortality rates are now with the chaos in India and access to these heavy-duty antibiotics,” said Sanjaya Senanayake, an infectious diseases physician and associate professor of medicine at the Australian National University in Canberra. “It’s probably a lot worse now.”

Although there is no data to support the use of broad-spectrum antibiotics in Covid patients, the researchers found many are prescribed in India regardless, including carbapenem, the most potent antibacterial, and colistin, a drug of last resort used to treat the most stubborn antibiotic-resistant strains.

High rates of resistance to these important medicines in bacteria such as Klebsiella pneumoniae and Acinetobacter baumannii “is an alarming finding,” the researchers said.

“If those organisms are giving serious infections, then they would be extremely difficult to treat,” said David Livermore, a professor of medical microbiology at the University of East Anglia.

The authors found the bloodstream was the most common site of secondary infections, and cited additional surveillance data that indicated hospitals observed a 2– to 3-fold increase in bloodstream infections from June to August 2020, compared with the previous year.

In hospitals, drips and cannulas inserted directly into patients’ blood vessels are typically the source of bloodstream infections, said Nigel Raymond, an infectious-diseases physician in Wellington and the New Zealand chair of the Australasian Society for Infectious Diseases.

“This emphasizes the likely importance of strengthening infection prevention practices in the placement, maintenance and early removal of these devices,” he said.

The use of steroids that weaken the immune system, invasive procedures such as mechanical ventilation and prolonged hospital stays make Covid patients especially vulnerable to hospital-acquired infections, the researchers said.

“Early steroid use tends to tamp down the body’s immunity, leaving it more vulnerable to other infections,” Laxminarayan at the Center for Disease Dynamics, Economics & Policy said. “Overuse of antibiotics and indiscriminate steroid use is going to haunt India in the months to come, and it can be potentially as damaging as Covid itself.”

The researchers pointed to the use of gloves as a risk. Health workers felt the barrier negated the need to wash their hands, which allowed the bugs to remain on the personal protective equipment and move from one patient to another. Doctors in Canada observed a similar risk during a SARS outbreak in 2003.

The lapse may have been driven by fear within the health care community, study co-author Walia said.

“They were very careful in protecting themselves, but there were slip-ups in infection prevention and control practices toward patients,” she said in an interview Tuesday, adding that staff “were overworked, fatigued” and constrained by the use of personal protective equipment.

Antibiotic resistance is one of the biggest threats to global health, food security, and development, according to the WHO. The problem is especially acute in India, where the misuse and abuse of antibiotics in humans and animals is amplified by inadequate hygiene and sanitation.

“The culture of over-medicating through antibiotics predates the pandemic,” Walia said. She noted a tendency for doctors to prescribe intensive-care patients three or four antibiotics while they wait for lab results that would indicate if the medications are needed. It’s often done “to plug the gaps” in infection control and prevention, she said.

“Antimicrobials are a shield,” Walia said. “And as long as the patient is feeling better, doctors don’t want to de-escalate the antibiotic regimen. And the price for that comes three to six months down the line.”