Antrix deal: NCLT orders winding up of Devas for indulging in fraud 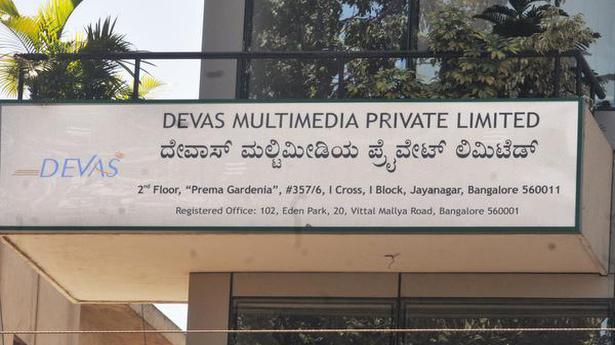 The NCLT found that Devas is not carrying out any business operations after termination of contract with Antrix.

The National Company Law Tribunal (NCLT) has ordered liquidation of Devas Multimedia Pvt Ltd while declaring that the company was not only incorporated in a fraudulent manner to carry out unlawful purposes and its management is continuing to resort to fraudulent activities in relation to its 2005 controversial contract to get bandwidth from Antrix Corporation, ISRO’s commercial arm.

The NCLT has directed the Official Liquidator (OL) to take expeditious steps to liquidate the company in order to prevent it from perpetuating its fraudulent activities and abusing the process of law in enforcing the award passed in 2015 by the arbitration tribunal of the International Chamber of Commerce (ICC), and submit a report by July 7.

“The incorporation of Devas itself was with fraudulent motive and unlawful object to collude and connive with the then officials of Antrix and to misuse/abuse process of law, to bring money to India and divert it under dubious methods to foreign countries,” said Bengaluru Bench of NCLT said in its verdict delivered on May 25.

A Bench comprising Rajeshwara Rao Vittanala (Member-Judicial) and Ashutosh Chandra (Member-Technical) delivered the verdict while allowing a company petition filed Antrix on January 19, 2021 after obtaining sanction from the Central government to liquidate Devas (stated by two former employees of ISRO) on the charges of fraud in execution of contract.

The NCLT found that “Devas is not carrying out any business operations after termination of contract with Antrix. Admitted Devas hardly has any other business except to grab PS-1 and PS-2 [satellites] from Antrix in terms of agreement and to carry out its illegal object to divert money. Devas failed to show any cogent reason as why it should not be wound up and to keep its name on the Registrar of Companies (RoC), Karnataka. The only reason apparent on record, by perusal of various pleading raised in the instant petition is that it wants to prosecute enforcement of award in question, in the name of the company in the courts of India and aboard by abusing the process of law.”

“Therefore, the intention of Devas in opposing the instant petition by raising untenable baseless grounds is to abuse the rights conferred by virtue of law, on the company and to abuse the process of law,” the NCLT said while pointing out that its shareholders of Devas have no role in the instant proceedings at this stage as fraudulent activities are attributed to Devas and its officers from the date of its incorporation.

About agreement of Devas singled with Antrix, the NCLT noted that one S.R. Gururaj, who was an Article Clerk in the office of Chartered Accountant M. Umesh (a director of Devas) had signed on behalf of Devas though Mr. Gururaj was not associated with Devas in any manner. Mr. Gururaj had given a statement to the investigating agencies that he signed the agreement on the instruction of Mr. Umesh.

“The above facts clearly establish that even the idea to incorporate Devas was with fraudulent intentions coupled with mala fide objects to enter into agreement with Antrix with no responsibility at all. It is unknown to law that such a prestigious agreement with Government-owned company was got signed by a clerk, paying remuneration for the same,” the NCTL said.

The NCLT said that Devas, which sighed agreement within 45 days of its incorporation, did not possess minimum experience even to qualify to participate in siuch contract, much less to obtain it. Devas did not stop its fraudulent activities even after termination of the contract as it resorted to misuse the arbitration clause in agreement without opting to settle dispute involving senior management of Devas and Antrix prior to invoking arbitration clause.

Devas has successfully taken arbitration out of the country contrary to the agreement and continued to misuse process of law before courts in India and abroad to its advantage, the NCLT observed.

On contention of Devas that fraud was neither claim in termination letter of 2011 nor before the ICC during arbitration, the NCLT noticed that fraud was emerged post 2016 when Central Bureau of Investigation (CB) conducted probe and followed by investigations by Enforcement Directorate for violation of provisions of the Prevention of Money Laundering Act and the Foreign Exchange Management Act.

The NCLT has said that liquidation proceeding was independent one irrespective of the criminal and the civil proceedings pending against Devas before other authorities and the courts.

Controversy Amid Claims That Gujarat Singer Was Vaccinated At Home