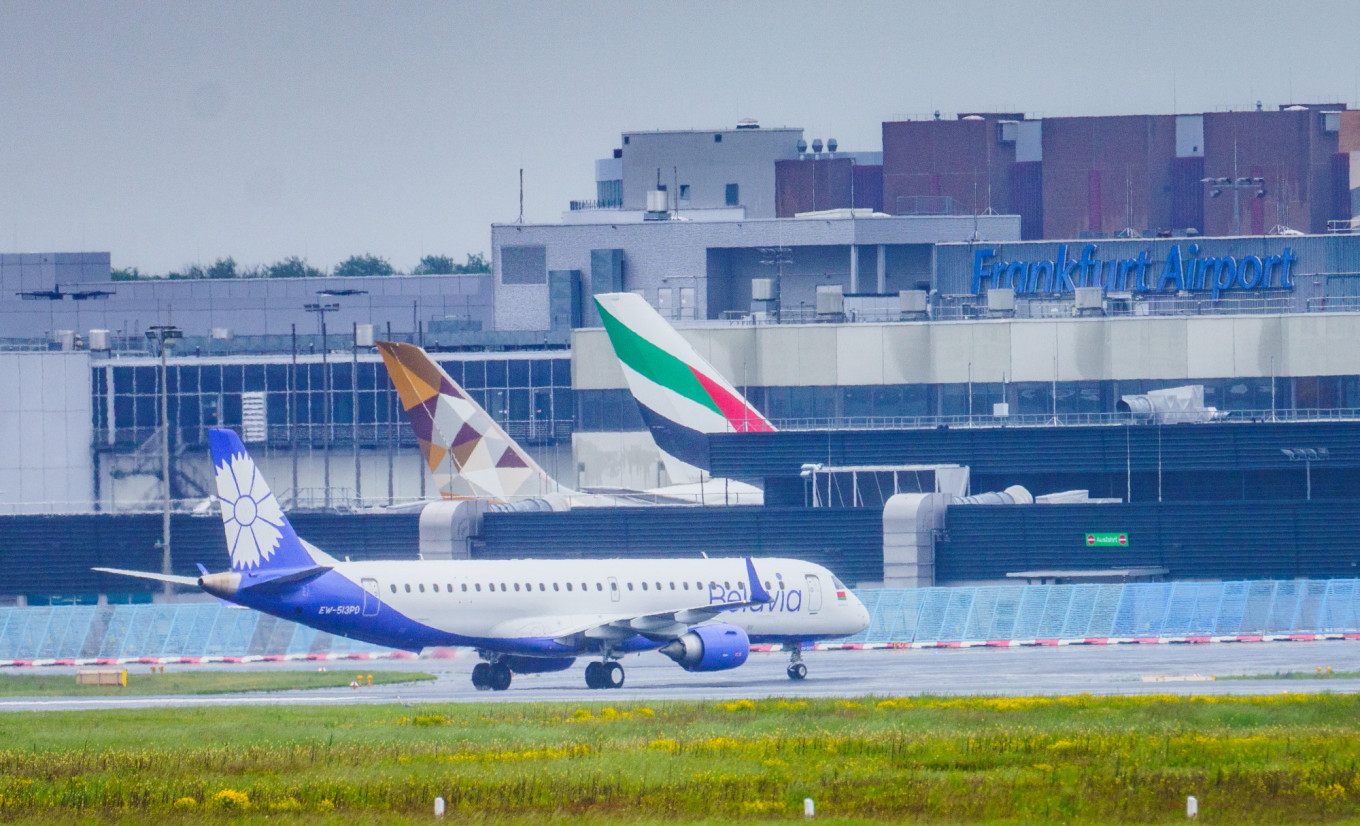 Governments were quick to denounce the diversion of a Ryanair plane by Belarus as an act of “terrorism” and “state-sponsored piracy” — but will the country face legal consequences?

It’s not a simple question.

“Civil aviation rules were not written with the expectation that a state would behave like a terrorist,” said Nathalie Younan, an aviation law specialist at the FTPA Avocats law firm in Paris.

The European Union reacted furiously after the Ryanair flight was intercepted by a fighter jet and forced to land in Minsk on Sunday so that authorities could arrest opposition journalist Roman Protasevich.

A commercial airline pilot told AFP on condition of anonymity that there are detailed procedures to follow when a plane faces bomb warnings or is being intercepted by fighters.

But, the pilot said, “the scenario in which a state carries out an act of piracy is not among the scenarios”.

For the Ryanair pilots, he said, “there was no doubt. … You don’t take the responsibility of being shot down”.

But could Belarus face legal consequences?

The International Civil Aviation Organization, a UN agency, said the diversion “could be in contravention of the Chicago Convention”.

Signed in 1944, the Chicago Convention established the ICAO, as well as the rules of airspace rights and air travel and security.

Article 1 of the treaty says that “every State has complete and exclusive sovereignty over the airspace above its territory”.

But the text also says signatories must “refrain from resorting to the use of weapons against civil aircraft in flight and that, in the case of interception, the lives of persons on board and the safety of aircraft must not be endangered”.

Lukashenko dismissed the international outcry on Wednesday, saying: “I acted lawfully to protect our people”.

Cameron Miles, a London-based international lawyer, wrote on the Lawfare blog that Belarus breached both the Chicago Convention and another civil aviation pact, the Montreal Convention.

“In examining those treaties, one can immediately see the outline of a powerful case as to why Belarus’ actions violate international law,” Miles wrote.

Belarus has insisted that the plane had to be diverted because of a bomb threat.

However, Belarus put in a reservation in a clause of the Montreal Convention’s dispute settlement provision when it signed up, meaning the International Court of Justice in The Hague would likely dismiss a case against the country for lack of jurisdiction, the expert noted.

But Belarus sought no such exceptions in the Chicago Convention, leaving it open to be referred to the Council of the ICAO, with any decision eligible for appeal before the ICJ.

Since the plane was registered in Poland, Warsaw could launch proceedings, or any of the other 191 Chicago Convention members.

Poland would be entitled to “full reparation”, Miles wrote.

“If the international community fails to take action, other states, who are doubtlessly watching carefully, may get the idea that this kind of behavior will be generally tolerated without serious repercussions,” he said.

The ICAO has no power to impose sanctions itself.

Its role is to help countries conduct “any discussions, condemnations, sanctions” that they may wish to pursue if a nation breaks with international consensus on civil aviation, the agency says.

A commercial pilot must follow instructions when a plane is intercepted by a military aircraft, an official at the French civil aviation authority told AFP.

“However, when an aircraft is authorised to enter (an airspace), fulfils the conditions and pays its (overflight) fees, it can’t be stopped without a valid reason,” the official said on condition of anonymity.

“It is therefore the validity of the air force intervention which is in question.”

Younan, the French lawyer, said it is unlikely, however, that a country will take legal action against Belarus.

“It’s more of a political issue than a legal one,” she said.

The ICAO can issue recommendations but sanctions have to be applied by member states against other member states, as the UN agency does not have the authority to enforce punitive measures, experts say.

The last word would have to come from the UN Security Council, of which Belarus’ staunch ally, Russia, is a permanent member with veto power.

‘She reminded me of my mother’: Biden praises Queen after Windsor visit, says monarch curious about Putin & Xi