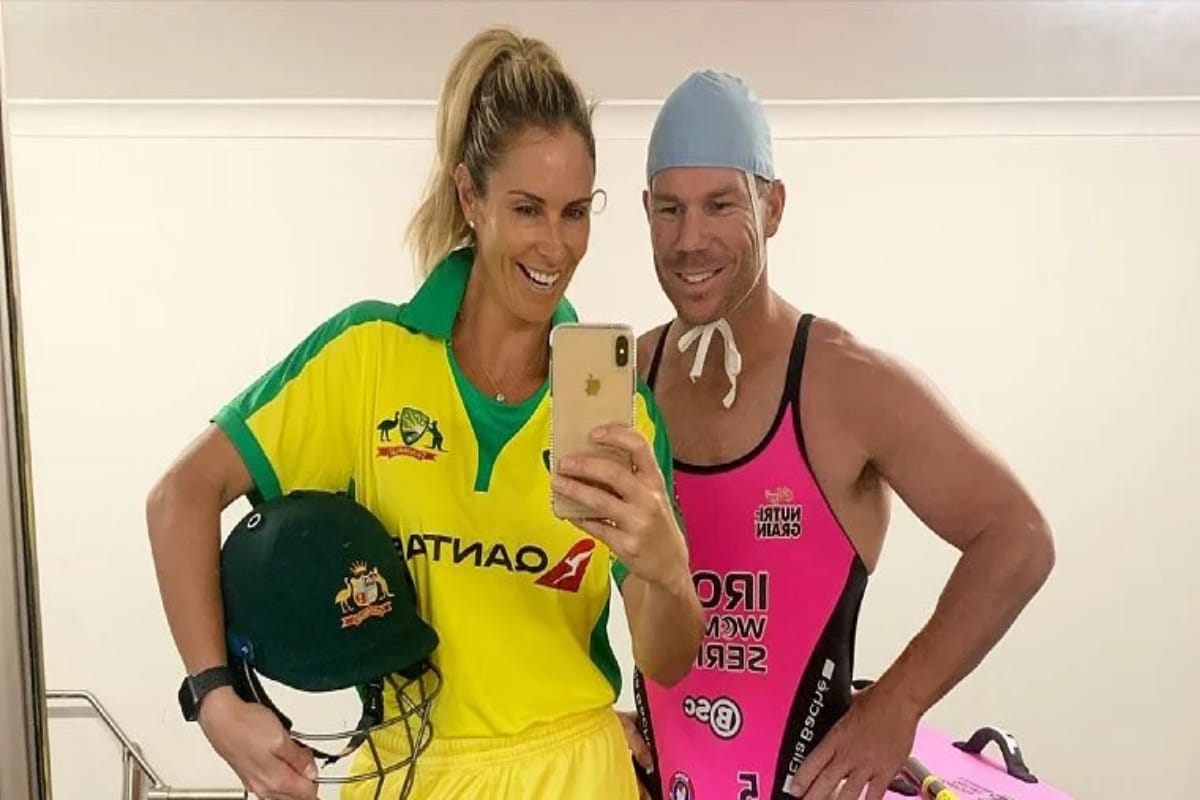 The 14th edition of the Indian Premier League (IPL) came to an abrupt halt on May 4 as the Board of Control for Cricket in India (BCCI) decided to postpone the event for an indefinite time. The sudden suspension of the T20 Extravaganza left the Australian players and other members stranded in India as Australia had imposed travel restrictions from India till May 15.

This emerged as the major concern for the players and their families. However, BCCI took the whole responsibility of the safety of the players and made the arrangements for their stay in the Maldives till the country opened their borders. All the 38 IPL bound Australian members finally touched down Sydney on May 17 as they traveled via a private jet from Maldives.

Australia’s opening batsman David Warner’s wife, Candice couldn’t help but feel thankful for having her husband back home safe and sound. However, all the members are yet to go back to their homes as they are completing their mandatory quarantine period in a hotel in Sydney.

Speaking on the Morning Show, Candice asserted that she felt very fortunate after Warner touched down Sydney. The 36-year-old revealed that it was difficult for them, especially their daughters, to cope with the situation as they knew what was happening and kept feeling paranoid about their father’s well-being. Candice and Warner are parents to three beautiful girls, Ivy (6), Indi (5) and Isla (1).

“It is a really dire situation over there and we’re just so grateful that he is back on home soil”@CandiceWarner31 speaks to Larry and Kylie as she counts down the days until her cricket star husband is released from hotel quarantine after fleeing coronavirus-ravaged India. pic.twitter.com/6SenrdMdxg

“It was difficult but even more so for my daughters, who are now at the age where they can feel and understand what is going on. I thought they were a bit oblivious to the situation but when they’re seeing things on the news or parents at school are coming up asking how their dad is or how David is, I guess that was really hard for us,” Candice stated.

Further, the former surf lifesaver revealed that the cricketer is a hands-on father and their daughters can’t wait to have their father back home and spend some quality time with him.