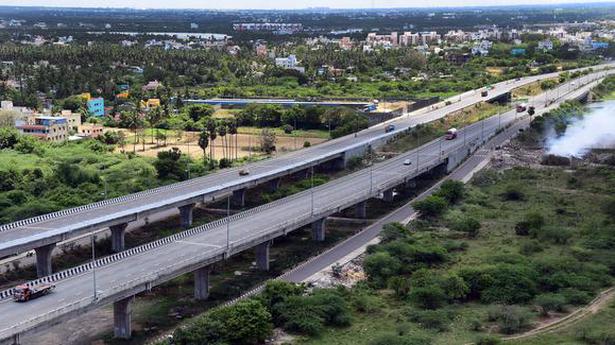 Chief Minister M.K. Stalin said he was not completely satisfied with the results of the lockdown in place; he renewed his appeal to the general public to get vaccinated

Chief Minister M.K. Stalin on Wednesday said he was not completely satisfied with the results of the intense lockdown in place across Tamil Nadu and said a decision on whether to extend it would be taken later.

“During our meeting with various party leaders, we decided to impose the lockdown initially for a week, and then [extend] by another week. The present situation is partially satisfactory and not completely satisfactory. We will think over it and decide later,” he told reporters at Nemam in Tiruvallur district.

Mr. Stalin visited the INOX Air Products premises at Sriperumbudur in Kancheepuram district on Wednesday morning, and then visited Daimler India, where he launched a vaccination drive.

Later, he visited a primary healthcare centre (PHC) at Nemam in Tiruvallur district, where he reviewed the vaccination drive underway. “The spread of infection is on the decline in cities, including Chennai. We are confident that it will give better results in the next two or three days,” he said.

Replying to a query, he acknowledged that the spread of the infection in western districts has been high. “As for Coimbatore, we are taking efforts to bring it down.” Though oxygen beds were fewer in Tiruvallur district earlier, his government has been catering to the need, he said.

He said that his government would look into the allegations that Amma canteens were not functioning properly and food from these canteens was not being supplied to patients. Mr. Stalin also elaborated at length on the steps being taken by the DMK government in the fight against the spread of COVID-19. He also underlined the need for the general public to stay indoors in view of the intense lockdown in place. Mr. Stalin also highlighted the steps being taken to improve the medical infrastructure across the State.

As for the vaccination drive, he said since May 7, an average of 78,000 persons were being vaccinated a day, which was higher than the earlier figure of over 61,000 a day. His government has also reduced vaccine wastage by 6%, he said. The CM also renewed his appeal to the general public to come forward and vaccinate themselves.