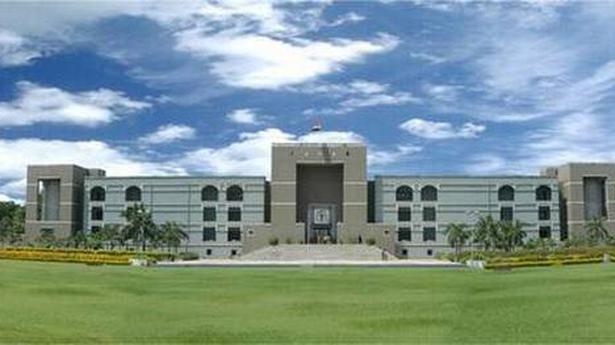 “With this understanding, you have to prepare yourself,” the court told Advocate-General Kamal Trivedi during the hearing.

The Gujarat High Court on Wednesday asked the State government to ramp up health infrastructure in the State keeping in mind that there could be a third or even fourth wave of the COVID-19 pandemic.

The court also held that people are not following the rules and safety protocols like wearing a mask, social distancing, sanitisation, and hygiene.

While hearing a suo motu PIL about the COVID-19 situation on Wednesday, the court observed that the kind of discipline enforced in China cannot be implemented in India. A Division Bench of Justices Bela Trivedi and Bhargav D. Karia asked the Gujarat government to ramp up infrastructure for medical facilities to deal with any fresh wave of the pandemic during the

According to the Bench, ramping up of health facilities, especially in rural Gujarat, should be on a long-term basis and not short-term to address only the ongoing second wave of the pandemic, as the virus has now penetrated villages where healthcare facilities are inadequate.

“What about this type of third or fourth wave? The third wave will be followed by the fourth wave, because the people of the State are not going to follow [rules], put on masks, have social distancing or sanitise. Nobody in this country is going to do that, so every six month there will be a wave,” the court observed.

“With this understanding, you have to prepare yourself,” the court told Advocate-General Kamal Trivedi during the hearing.

When Mr. Trivedi compared India to European nations and said that seven advanced countries combined have seen more casualties and suffering due to the pandemic, the court said the only country India could be compared with was China, which was incomparable.

“You will have to compare only with China. It is incomparable. The discipline implemented there cannot be implemented here. Therefore, ramp up infrastructure for medical facilities,” the court said.

Mr. Trivedi then remarked that “somebody has rightly said that we have paid the price for democracy”.

Responding to this, the HC observed, “In the name of democracy, we cross all lines, everything is pardoned.”

When Mr. Trivedi remarked that India is a country “with a huge population”, where policing in every nook and corner is difficult, Justice Karia said, “Then prepare for infrastructure when the (COVID-19) waves come.”

The Bench asked the State government to elaborate on policy it has in place for long-term engagement of medical resources that could cater to needs for the next three to five years, when another wave of COVID-19 may strike.

Mr. Trivedi assured the court that the government will look into all these aspects. The Advocate-General said the government has been trying its best to ensure that discipline regarding social distancing, wearing face masks and sanitisation is maintained to curb the spread of the virus.

The court also asked the State government about its vaccine strategy and observed that vaccination should not become a “five-year plan”.