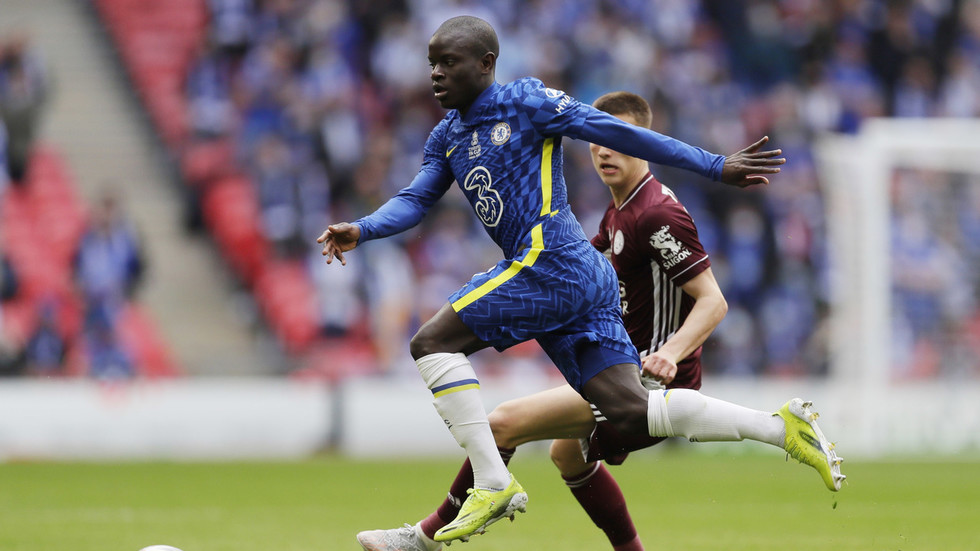 Chelsea fans heaved a collective sigh of relief at the news that midfield lynchpin N’Golo Kante and first-choice goalkeeper Edouard Mendy returned to training, allaying injury fears ahead of the Champions League final.

Both the French pair are said to have taken part in full training on Wednesday, three days out from the Champions League showdown with Manchester City in Portugal.

Kante had been nursing a muscle injury and raised concerns when he left the field just 30 minutes into Chelsea’s Premier League win over Leicester on May 18.

Blues boss Thomas Tuchel later said the step was merely a precaution, although the issue ruled the World Cup winner out of Sunday’s end-of-season meeting with Aston Villa.

Injured in the 2-1 defeat at Villa was first-choice stopper Mendy, who was forced off at half-time after colliding with the post attempting to make a save.

A scan later confirmed no serious damage to Mendy’s rib area, while Kante has remained on track with his recovery after Chelsea boss Thomas Tuchel suggested earlier this week that the 30-year-old was set to return to training on Wednesday.

The news prompted relief for Chelsea fans that two men seen as integral to their hopes of lifting a second Champions League title this weekend were on the way back.

“The beast and the barricade is back,” tweeted one happy fan.

Mendy has kept 24 clean sheets in 44 appearances across all competitions in his maiden season at Stamford Bridge since joining from Rennes last summer.

The 29-year-old has asserted himself at the top of the pecking order ahead of big-money flop Kepa Arrizabalaga, with the prospect of having the Spaniard in goal for the Champions League final perturbing many Blues fans.

Kante, meanwhile, has returned to his very best in recent months, proving again why he is rated among the top midfielders in world football at breaking up play and launching counter-attacks.

So happy to have N’Golo Kante back in training today! Not just tackles and interceptions, but his ball progression in these big games is also so important💪🏼#CFC | #UCLFinalpic.twitter.com/llaxVZgBPR

The training return will provide Tuchel with a welcome boost as he ponders his team selection to face Pep Guardiola’s Premier League champions at Estadio do Dragao on Saturday night.

While City finished a full 19 points clear of the Londoners in the Premier League table this term, Chelsea have the knowledge that they have beaten their rivals in their last two meetings, including an FA Cup semi-final.

As summit ends, G-7 urged to deliver on vaccines, climate