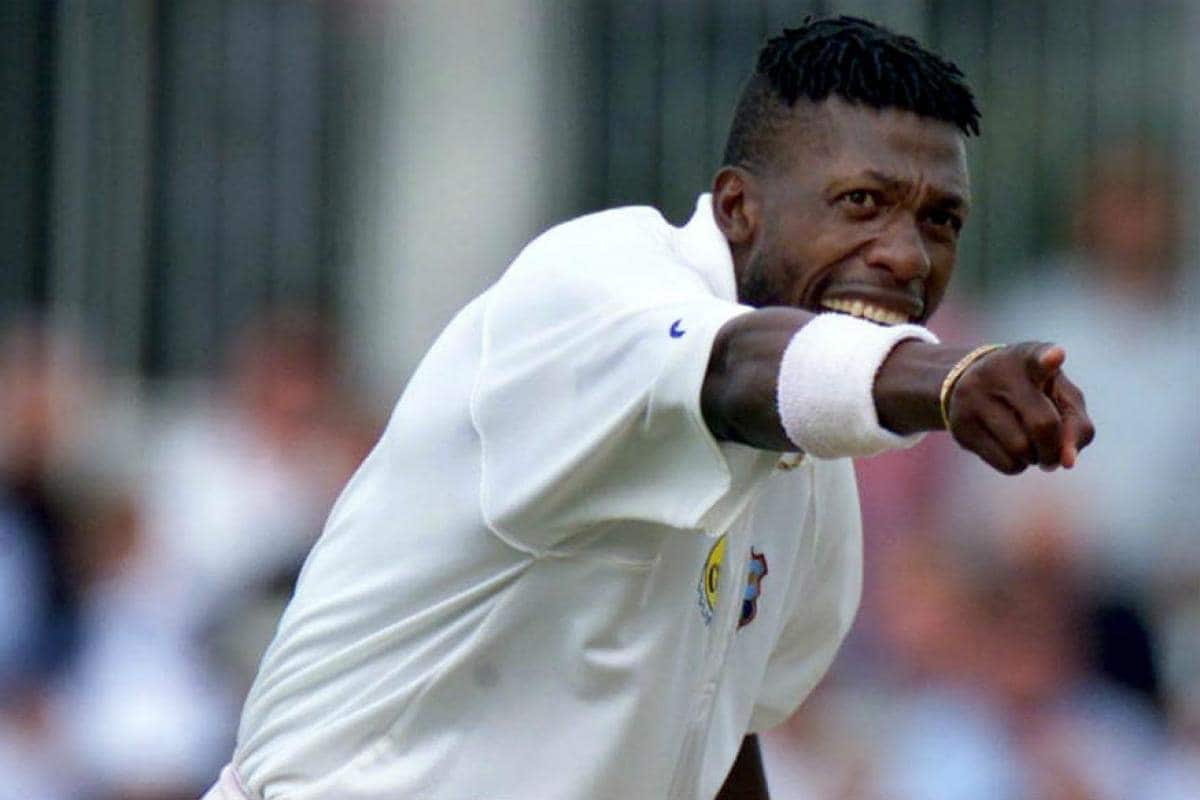 Sir Curtly Elconn Lynwall Ambrose, popularly known as Curtly Ambrose, is a former cricketer who represented the West Indies. This giant of the game is regarded as one of the best bowlers of his generation, who terrorised batsmen world over with his lethal pace and an equally striking stare. Born on September 21, 1963in Swetes, Antigua, Ambrose came to cricket at a relatively late age compared to many other players. He played his first First-Class match well past 22 years.

The International Cricket Council (ICC) shared a record laden post on their official Instagram page to celebrate the legendary pacer’s achievement.The post shows a smiling Ambrose, along with his envious records emblazoned on it.

The 6ft 7 inches cricketer continued to decimate oppositions with his bowling. Among many of his achievements, two Tests stand out; first with a series clinching burst of 7/1 against Australia at the WACA in 1992-93. Then, he followed it against England at Port of Spain in 1993-94, where he first picked up five wickets in the first innings and then ripped through the English line-up and bundled them for 46! He finished with figures 6/24 and also an unlikely victory for his team.

He retired in 2000 after a series against England. He was inducted into ICC hall of fame in 2011 for his outstanding career. In 2014, the legendary fast bowler was knighted during the first ODI between West Indies and England at Antigua.

Famous Fathers Who Had Kids Late in Life