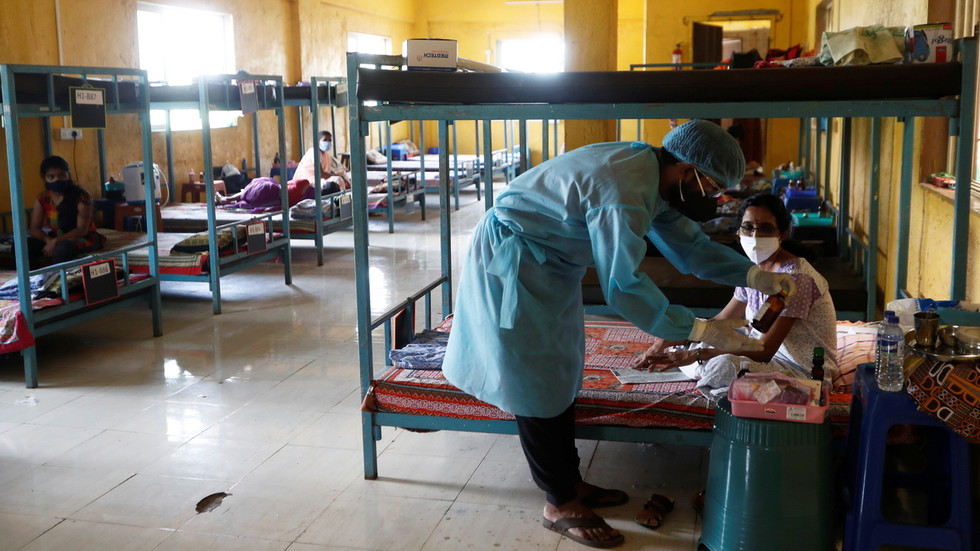 The World Health Organization (WHO) has released a report outlining how the mutated Indian Covid-19 strain has spread to 53 territories, with unconfirmed information suggesting it has been detected in a further seven.

The international health agency’s Wednesday report showed that the B.1.617 strain, which first emerged in India, has continued to spread, despite an overall global decrease in the number of coronavirus cases and deaths.

“Despite a declining global trend over the past four weeks, incidence of Covid-19 cases and deaths remain high, and substantial increases have been observed in many countries throughout the world,” the UN body’s report stated.

In the past week, data provided to the WHO found a 14% fall in case numbers and a 2% decrease in deaths, compared to the previous seven-day period, with 4.1 million new infections and 84,000 new deaths globally.

The WHO is in the process of investigating the severity of the Indian strain and the risk of infection from it, having already identified that it has an increased level of transmissibility.

The Indian strain is still present in fewer countries than three other mutated versions of Covid-19, according to WHO data, with the Kent mutation detected in 149 territories, the South African strain in 102 and the Brazilian variant in 59.

Alongside its findings on the Indian strain, the health agency highlighted six further variants that are currently being monitored, including two from the United States and three detected in Brazil, France, and the Philippines.

Despite the discovery of new mutations, the WHO stressed that “virus evolution is expected” because “the more SARS-CoV-2 circulates, the more opportunities it has to evolve.” To help combat existing and new mutations, its report called for individuals to continue engaging in “proven disease-control methods,” as they are “crucial aspects of the global strategy” to reduce transmission.