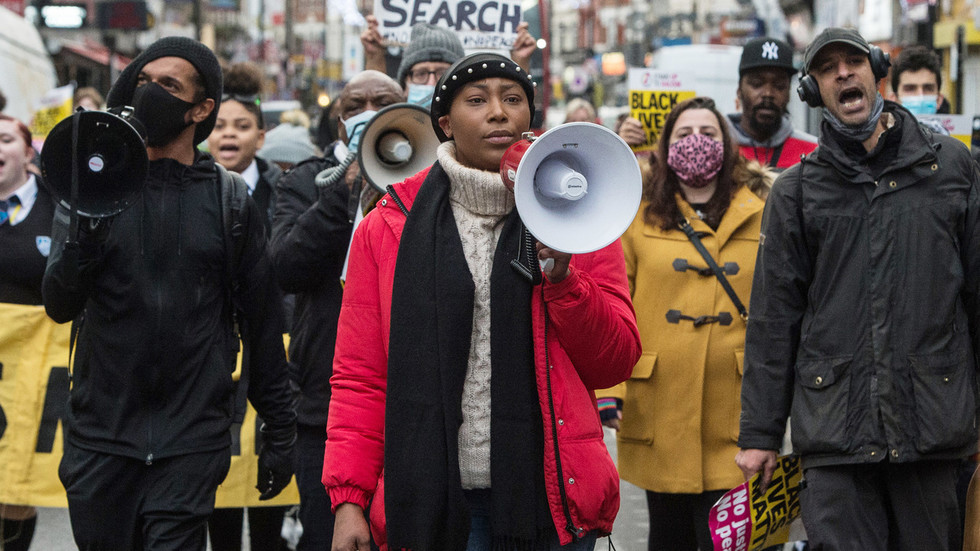 The Met Police have arrested five men on suspicion of the attempted murder of Black Lives Matter activist Sasha Johnson, who was shot in the head in the early hours of Sunday, but they don’t believe she was intentionally targeted.

Johnson, 27, who is a member of the Taking the Initiative Party, is in critical condition in hospital after the shooting on Consort Road, in the Peckham area of south London.

Those held on suspicion of her attempted murder include a 17-year-old who was arrested by officers from Southwark and Lambeth on Tuesday afternoon.

He was detained on suspicion of possession of an offensive weapon and possession with intent to supply class A drugs, police said.

Also on rt.com Politicising the shooting of a black activist in the UK is wrong. We should be more worried US’s casual gun crime has hit Britain

Three of the other suspects, aged 18, 19 and 28, were arrested at a house in Peckham, on suspicion of affray and drug offences, while a 25-year-old was also held in the area following a police chase.

Officers are currently searching two homes in Peckham, including in relation to a vehicle stopped during that police pursuit.

The five men remain in custody, police said on Wednesday.

Metropolitan Police Superintendent Kris Wright said “work continues to establish a motive but there is nothing to suggest that Sasha was the subject of a targeted attack.”