Many developments have strengthened strategy to fight COVID-19: PM 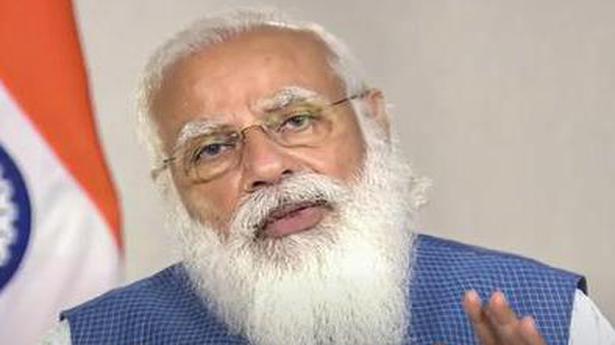 Prime Minister Narendra Modi on Wednesday said the impact of the COVID-19 pandemic would change the planet with events in future to be remembered as either pre or post COVID. He grieved with all those who were suffering in the pandemic and had lost close relations to the disease, he noted.

Mr. Modi, who was delivering the keynote address on the occasion of “Vesak Global Celebrations” on Buddha Purnima, pointed out that the pandemic had impacted every nation. There had been many developments that strengthened the country’s strategy to fight it.

“Most importantly, we have the vaccine which is absolutely important to save lives and defeat the pandemic,” he stated. The emergence of jabs within a year of COVID-19 outbreak showed the power of human determination and tenacity, he asserted.

“India is proud of its scientists for developing vaccines,” he observed, saluting healthcare and front line workers for risking their lives to save others.

With the Prime Ministers of Nepal and Sri Lanka and the secretary general of the International Buddhist Confederation in attendance at the virtual event, Mr. Modi gave a call for all those who believed in humanity to come together and defeat terrorism and radicalisation.

“The life of Gautama Buddha was about peace, harmony and co-existence, he noted. There are still forces whose existence depend on spreading hate, terror and mindless violence. Such forces do not believe in liberal democratic principles,“ he highlighted.

Referring to climate change, he said the “reckless lifestyle of the present generation is threatening future generations”.

“Our planet should not remain wounded,” he urged.

Buddha’s emphasis was on a way of life where respect for mother mature was paramount, he said, highlighting that India is among the few large economies to be on track to achieve their Paris targets.