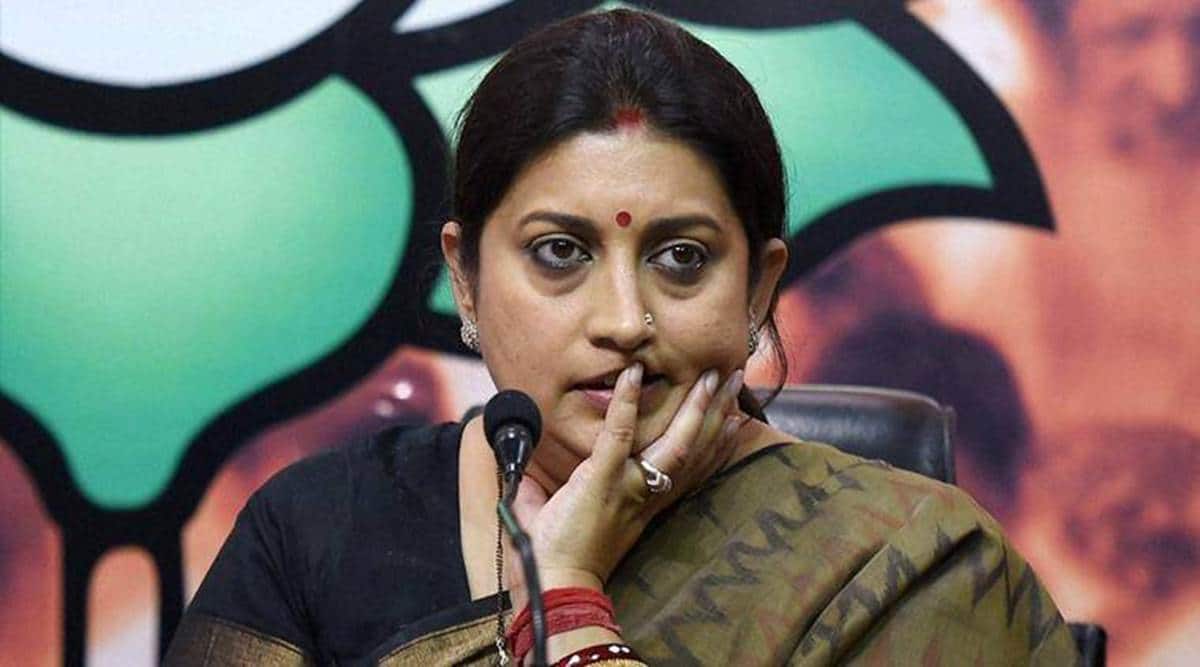 The Allahabad High Court has rejected the anticipatory bail application of a college professor from Firozabad, in a nearly three-month-old case accusing him of posting “obscene content” about Union Minister for Textiles and Women and Child Development Smriti Irani.

While rejecting the bail application of Shaharyar Ali, a history professor, Justice J J Munir Tuesday said that considering the fact that the applicant is a senior teacher and the Head of Department, conduct of this kind prima facie does not entitle him to anticipatory bail.

It said Ali was entitled to surrender and seek regular bail, and it would be considered in accordance with the law.

Dating back to March 7, the case was registered at Ramgarh Police Station in Firozabad district against Ali, under IPC Section 505(2) (statements creating or promoting enmity, hatred or ill-will between classes) and Section 67A of the IT Act.

Ali’s counsel told the court that he had been “falsely implicated” at the behest of a BJP ‘zila mantri’, also the “informer” in the case, Uday Pratap Singh, because of “animosity” between them. The counsel also alleged that Ali’s Facebook ID had been hacked so as to post the objectionable stuff, and he had expressed his apologies and disowned the post.

Pleading for bail, the counsel said Ali was a respectable citizen and had no criminal history.

Additional Advocate General Shashi Shekhar Tiwari, arguing on behalf of the state, opposed the bail plea pointing out that the post targeted a Union minister and senior leader of a political party. Tiwari said that the statement, circulated on social media, and containing a rumour, was likely to promote hatred or ill-will between different religious groups.

After hearing the arguments, the court ruled that it had to be prima facie accepted at this stage that the applicant uploaded the “offending and obscene” post since there was no material to show his account had been hacked. It noted that Ali had posted an apology from the same account, which showed he was prima facie still operating it.

The judge also said that the observations made by the court were not an expression of opinion on the merits of the case.