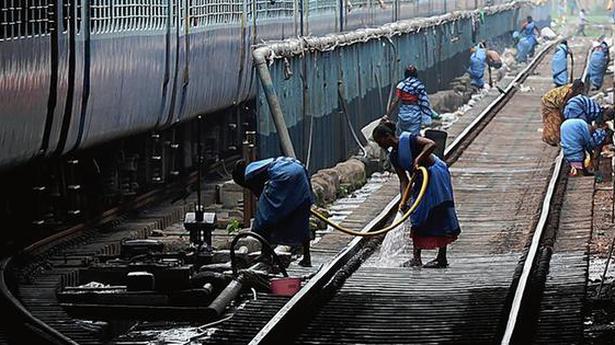 The Indian Railways will recover ₹75 per month from the risk allowance paid to thousands of employees engaged in 12 categories of hazardous work, including safaiwalas working in underground drains/sewers, across the country for over three years.

In 2018, the Ministry of Railways revised the rate of risk allowance from ₹60 to ₹135 per month for the 12 categories of staff deployed in hazardous work, with effect from July 1, 2017. The order was issued on the basis of a Ministry of Finance communication conveying the Union government’s decision on the Seventh Central Pay Commission’s recommendations.

The Railways has categorised a few jobs as eligible for payment of risk allowance. The list includes, among others, safaiwalas working in underground drains/sewers, manholes and sewage treatment plants; those engaged in the use of electrolytes, chrome plating, galvanising tanks and effluent treatment plants, and in manufacturing insulation components for hazardous chemicals; x-ray attendants and malaria khalasis spraying pesticides and handling acids and anti-larval drugs.