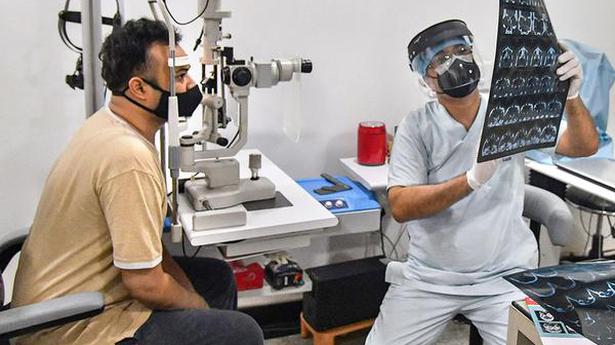 The Congress government in Rajasthan has ordered an audit of deaths caused by COVID-19 infection amid allegations levelled by the Opposition BJP that the fatalities were being under-reported.

The audit will also help in taking a decision on social security measures for the families which have lost their earning members during the pandemic.

Chief Minister Ashok Gehlot said here on Wednesday that the State government was not hiding the number of COVID-19 related deaths and was fighting against the disease with “complete transparency” and with the cooperation of all sections of society.

While the State’s COVID-19 death toll climbed to 8,018 on Wednesday with 107 more fatalities, Mr. Gehlot gave instructions to the Medical and Health Department officials to formulate an effective strategy to deal with a potential third wave of the virus infection. The active cases reported in the State were 78,126.

Medical and Health Minister Raghu Sharma has ruled out the possibility of under-reporting of COVID-19 related deaths and said every death was being recorded meticulously in the dedicated health facilities.

He said it would be wrong to connect the deaths owing to diseases, accidents, age and other reasons in a big State like Rajasthan with the virus infection.

Mr. Gehlot also accused Union Health Minister Harsh Vardhan of misleading the country on the availability of COVID-19 vaccines, when the vaccination centres across the countries were being closed down. “Amid the shortage of vaccines, Dr. Vardhan says there are enough one crore vaccines in the country. But this number will be finished in just one day,” he said.

The Chief Minister urged the Centre to issue guidelines under the COVID-19 protocol on how the bodies should be buried along the banks of Ganga and Yamuna rivers and on immersion of ashes to prevent further spread of virus. The pandemic could become more serious if the infection spreads from the bodies during the rainy season, he said.