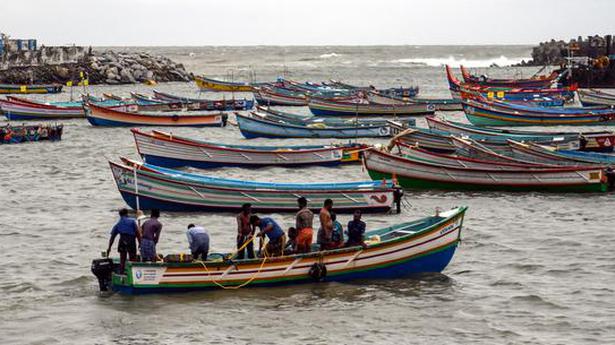 The State government has decided to impose a 52-day ban on trawling operations, beginning midnight of June 9 and ending on July 31 midnight. The decision was taken at a meeting of the Fisheries Minister Saji Cheriyan with the stakeholders in the sector on Wednesday.

The State government had, for the first time extended the ban from 45 days, in force since 1994, to 52 days last year in view of the demand raised by traditional fishers. The Swathanthra Matsya Thozhilali Federation (SMTF) and Matsya Thozhilali Aikya Vedi had favoured longer periods of ban on trawling operations during the monsoon as a measure to conserve marine fish resources.

Jackson Pollayil said after the meeting that the SMTF was in favour of a longer period of ban on monsoon operations though the Minister felt that the continuing lockdown and restrictions on fishing activities due to the pandemic spread as well as loss of fishing days had to be considered when the trawling ban was imposed.

The Minister is learnt to have said that a longer period of trawling ban may be considered in the future as a step to conserving resources.

The All Kerala Fishing Boat Operators have, however, said that the 52-day ban would come into effect in addition to the days that had been lost due to the pandemic spread.

In a recent letter to the Chief Minister, Joseph Xavier Kalapurackal of the Boat Owners’ Association said that around 3,000 mechanised boats operated off the coast of Kerala and that another 800 boats from neighbouring States were engaged in fishing in Kerala waters.

The boat operators also said that the cost of fuel had gone up substantially making fishing expeditions economically unviable and appealed to the State government to take appropriate steps to provide solace to the fishing sector, which employed about 10 lakh people directly and indirectly.

All boats from other States have been ordered to leave Kerala shore before June 9. All diesel pumps will be closed along the shore while the pumps operated by Matsyafed will supply the fuel to traditional boats.