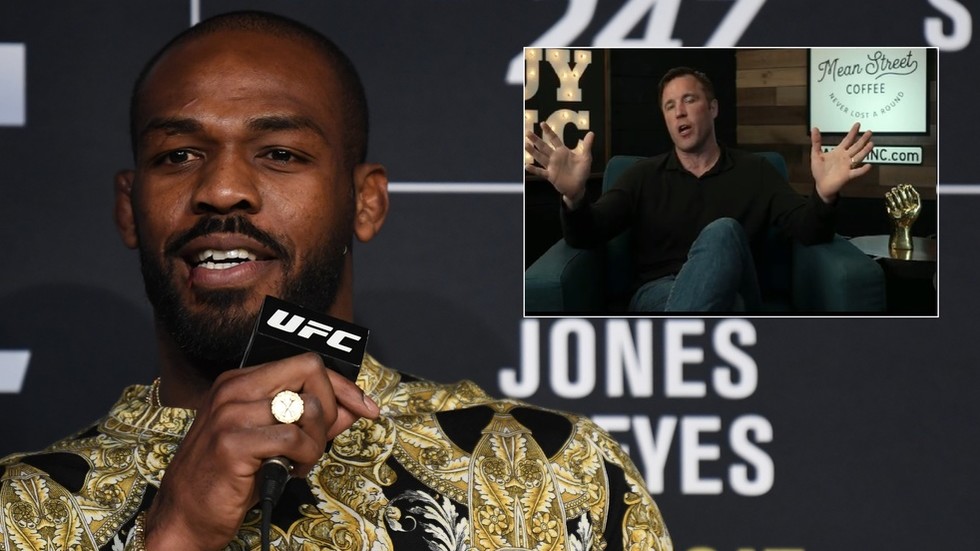 Former UFC champion Jon Jones took aim at former rival Chael Sonnen, telling the retired fighter that he is “beneath him” after Sonnen made light of a Jones tweet in which he said he was to “give birth to something big”.

Jones has been absent from the cage for more than a year since he opted to vacate his light heavyweight world title in advance making his long-awaited move to the heavyweight division – but Sonnen isn’t exactly getting caught in the hype of Jones’ assault on a new weight class.

I’m about to give birth to something big, something out of the ordinary.

‘Bones’ took to social media this week to say that he was “about to give birth to something big, something out of the ordinary“, prompting Sonnen – one of mixed martial arts’ more sarcastic mouthpieces – to hit back to tell him that there are “more elegant ways to let the world know you picked up a Laxative company as  sponsor“.

Sonnen doubled-down on his insult the following day, tweeting out a crudely photoshopped image which showed Jones flanked by his coach Greg Jackson in a hospital delivery room, apparently giving birth to a child.

And this time Jones took the bait.

In a since-deleted tweet, Jones responded to Sonnen saying: “Does your wife think about me as much as you do? Why is my d*ck constantly in your mouth. Get over me already.

“As successful as you are it’s crazy to see you living in my shadow the way you do,” Jones added. “Just remember losers focus on winners.

“I honestly couldn’t imagine hating someone so much,” he continued. “Making YouTube videos about a man who already kicked your ass just to make a dollar. You’re so beneath me it’s pathetic.

“I’ll tell you to go f*ck yourself or to take my d*ck out of your mouth and you’ll go home and celebrate getting attention that day. Seriously man, look at the position we are in.

“Oregon boy probably grew up with all the opportunities in the world yet somehow you let me kick your ass and have everything you dreamed of. I understand why you hate me.”

The sequence of tweets has since been deleted.

Jones and Sonnen met in the cage in 2013 after both men competed against one another as opposing coaches on a series of the UFC’s reality show ‘The Ultimate Fighter’. Jones dominated the fight and won by first round TKO, but afterwards it was revealed that Jones had suffered a broken toe in the fight – with the bone visibly protruding through his skin.

You’ve got some grammar problems there, (former) ChampSpend a little less $ on Tequila and a little more on an editor

I beat youI tore your toe offFACE IT

“You’ve got some grammar problems there, (former) Champ Spend a little less $ on Tequila and a little more on an editor,” Sonnen fired back.

Sonnen then followed up with some wife quips of his own directed at Jones.

Is it my fault my wife is hotter than the pics you had on the walls of your prison-cell?

I’d attack your wife….But…..Y’ain’t GOT oneI guess multiple rehab stints, arrests, and booking it after crashing into pregnant women don’t exactly scream “marriage material”, does it?

Jones had been widely expected to face current UFC heavyweight champion Francis Ngannou in his first fight in his new weight class but a pay dispute between he and Dana White has meant that Derrick Lewis has instead been handed the opportunity to test the Cameroonian powerhouse in his maiden title defence.

Also on rt.com ‘Jon Jones moved up to heavyweight because he knows he’d lose to me!’ UFC champ Jan Blachowicz to RT Sport (VIDEO)

Famous Fathers Who Had Kids Late in Life