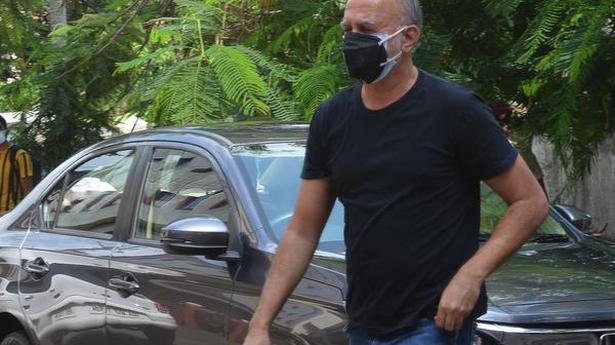 ‘Victim’s explanation that she did not imagine the accused would try to do such a thing is not at all believable,’ says Judge Kshama Joshi in 527-page judgment

“The victim’s narrative is of extreme implausibility, and it is not possible to believe that she, a woman who is aware of laws, intelligent, alert and physically fit (yoga trainer) would not push or ward off the accused if she got pushed against the wall,” held the court while acquitting journalist Tarun Tejpal of all charges in a 2013 rape and sexual assault case.

On November 7, 2013, Mr. Tejpal’s daughter’s friend and junior colleague accused him of forcefully kissing, molesting, undressing and attempting to perform oral sex on her in the lift of a five star hotel. On May 21, 2021, the Mapusa District and Sessions Court in Goa acquitted Mr. Tejpal and said, “If the prosecutrix (victim) had held her jaw firmly closed how would it be possible for the accused (Mr. Tejpal) to put his tongue into her mouth? If the prosecutrix pushed the accused instinctively and reflexively, why wouldn’t she push the accused before he kissed her?”

Special Fast Track Court Judge Kshama Joshi had noted, “The prosecutrix has stated that she does not recollect if she had caught her long dress when the accused was lifting it during the incident and voluntarily states that she was in a state of extreme shock while she was being sexually assaulted. Hence the allegation of rape and sexual assault cannot be said to be proven by the prosecution beyond reasonable doubt.”

The 527-page judgment made available on May 25 reads, “The victim’s explanation that she did not imagine that the accused would try to do such a thing is not at all believable. The prosecutrix has stated in court that the accused put his tongue in her private part. The testimonies of her friends have stated that the accused forced his tongue into her mouth. This part is missing from her first written versions; she has only written that the accused kissed her, without describing the nature of the kiss, therefore showing an improvement in her evidence, making it unreliable.”

According to the survivor, Mr. Tejpal had admitted that he committed sexual assault on her in the personal apology. He had said, “I am sorry at the immense distress that’s been caused to you by my lapse of judgment. You have made it clear that I read it all wrong and I will not dispute it, nor underplay your anger and hurt. I will apologise to your mother and your partner.”

The court has interpreted that as, “This statement of the accused makes it clear that no such episode occurred in the lift; and no such struggle, pushing, shoving and pleading happened between them; and that he is referring to the drunken banter he acknowledges they indulged in. The statement that he offered to apologise to his mother and partner does not make out a case of sexual molestation, and it is clear that the prosecutrix is manipulating an interpretation to suit her case.”

The court has held, “The prosecution has not proved that Mr. Tejpal raped her, nor is it proved that he used criminal force with the intention of outraging her modesty or he committed physical contact and advances involving unwelcome and explicit sexual overtures to disrobe her.”

Judge Joshi went on to say, “The prosecutrix’s account neither demonstrates any kind of normative behavior on her part — that a prosecutrix of sexual assault on consecutive nights might plausibly show — nor does it demonstrate any such behavior on the part of the accused.”

Pointing to the lapses by the prosecution the court said, “The very foundation of the prosecution case is that the lift doors were kept closed to commit the sexual assault either by pressing multiple buttons or a single button, the most critical and defining aspect of the investigation would be to verify the actual functioning of the lift buttons and whether they could facilitate the version of the prosecutrix. However, the investigating officer (IO), police inspector Sunita Sawant, did not conduct any investigation into this aspect, to find out the number of times the lift could be in circuit vis a vis the travel time.”

The court also added, “The course of action adopted by the IO makes it clear as to how she went about selectively retaining only the ground and second floor CCTV footage and completely destroying the first floor CCTV footage that has the said lift. Surprisingly the IO has stated that she does not know the meaning of hash value (any storage device containing digital evidence has to generate its hash value to maintain its integrity.)”