Volatile areas near LoC to see industries in near future 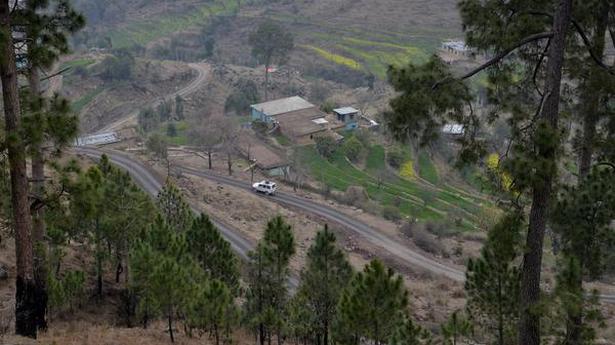 Once synonymous with words like infiltration, mortar shelling and deaths, the areas close to the Line of Control (LoC) in Jammu and Kashmir are likely to attract investment for setting up industries, according to the new industrial policy of the Union Territory (UT).

In the Kashmir Valley, according to official sources, the frontier district of Kupwara, with the LoC touching the vast area of Pakistan occupied Kashmir (PoK), has the highest number of industrial zones at 27.

Those areas that once resonated with gun battles, cross-border firing and infiltration are all set to see industrial growth in the coming years. Among the 27 industrial zones included are Keran, Machil, Tangdar, Teethwal and Trehgam in Kupwara and Uri in Baramulla.

“All the 27 zones in Kupwara have been categorised as Zone ‘B’ by the J&K Industries department, which means there were no established industrial units or activity in these areas and are especially areas outside the municipal authorities,” an official said, on the condition of anonymity.

Besides, Zone ‘B’ compared to Zone ‘A’, within the municipal limits and having a better access system, has an extra 10 percent subsidy to establish a business unit.

To implement the new industrial policy 2021-30, which came into being on April 1, 2021, the UT has been divided into 292 industrial zones, with 150 zones in the Jammu division and 142 in the Kashmir division.

J&K introduced the Industrial Land Allotment Policy (2021-30) on January 22, 2021 “to create land banks in all zones identified for industrial activity”.

In the Valley, the major thrust is on Anantnag district with 16 industrial zones, Bandipora with 12 zones and Baramulla with 26 zones. Capital Srinagar has six zones. The sources said the zoning in the Valley included factors such as existing industrial development and urbanization.

“The zones have been created but due to the pandemic we are not attracting big ticket investors so far, especially in zones close to the LoC. Though it was directed that allotment of industrial land to the applicant should be completed within 45 days in case the projects were between ₹50 crore up to ₹ 200 crore,” another official said.

Supply of Covaxin to Centre at Rs 150 per dose not sustainable in long run: Bharat Biotech

WTC Final: Pujara has done more than those who criticise his batting, says Tendulkar