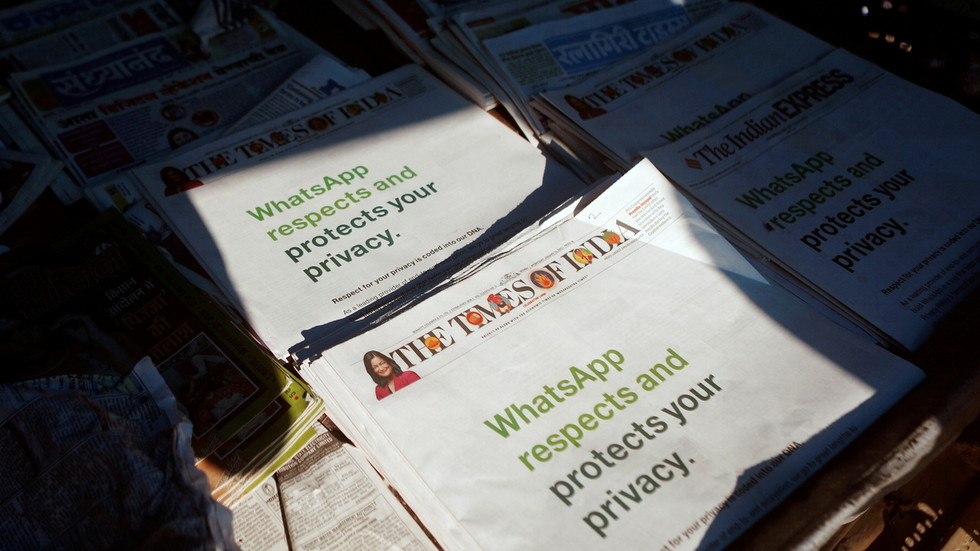 WhatsApp has reportedly filed a legal case against the Indian government over a new set of social media rules that just took effect, asking a Delhi court to declare one guideline an unconstitutional privacy violation.

The Facebook subsidiary brought a legal complaint in the Indian capital on Tuesday, arguing that one of the new rules violates privacy rights protected by the country’s constitution, asking the Delhi High Court to strike it down, Reuters reported, citing sources familiar with the case.

Announced in February and coming into force on Wednesday, the social media guidelines require platforms to identify the original source of information deemed illegal by the government, among other things. However, because the WhatsApp messenger uses end-to-end encryption, the company reportedly said that complying with the rule would force it to unmask both the “originators” and receivers of messages, deeming that a ‘threat’ to users’ privacy.

Barring any decision from the High Court, should companies fail to follow the Intermediary Guidelines and Digital Media Ethics Code, they stand to lose protections from criminal lawsuits and other legal proceedings currently enjoyed by platforms operating in India.

WhatsApp currently boasts a staggering 400 million users in India, while Facebook enjoys around 290 million and Twitter more than 17 million, according to market data aggregator Statista.

While WhatsApp, Facebook and other major social media players have scrambled to compete for the Indian market, companies have repeatedly wrangled with the government in New Delhi. Just this week, police visited a Twitter office in Delhi to notify the firm it was under investigation after it flagged posts by leaders of the ruling Bharatiya Janata Party (BJP) for “manipulated media.”

The government also recently approached platforms to request that they remove any posts making mention of an “Indian variant” of the coronavirus, claiming the term is misleading and would harm the country’s image abroad, according to a letter obtained by Reuters and local media outlets. It is unclear whether companies have complied with the request, however.

Last month, the government also ordered Twitter to scrub dozens of tweets critical of officials’ handling of Covid-19. In that case, the company said it would comply, as failure to do so could have led to jail time for employees. It was not the first time social media firms were threatened with arrest, with a March report in the Wall Street Journal noting that Facebook, WhatsApp and Twitter had received notices warning that their India-based staff could be jailed if they did not take down posts that were seen to undermine national security or public order.