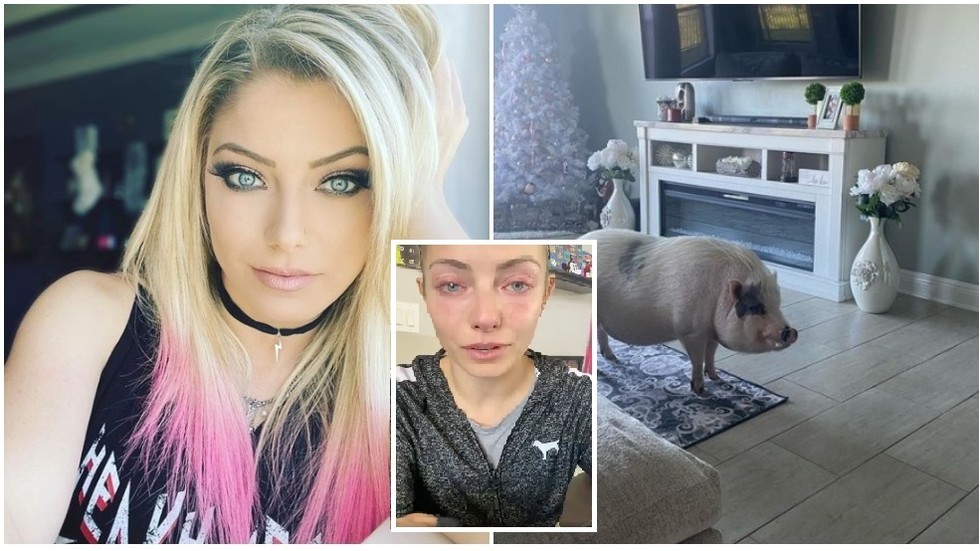 WWE superstar Alexa Bliss is in mourning today after the passing of her beloved pet pig Larry-Steve and claims that he died in significant pain after vets ‘refused to treat him because he was too big’.

Bliss, real name Alexis Kaufman, had raised the animal since its birth in 2017, even going so far as to create an Instagram profile for the pig which garnered more than 90,000 followers.

Larry-Steve, though, took a turn for the worse on Monday, according to Bliss, who said that the pig quickly became severely ill and appeared to be in a great deal of discomfort.

She says that she reached out to 13 different veterinarians and animal doctors, all of whom stated that they were incapable of caring for a creature of Larry-Steve’s size.

“Larry is very ill, can’t move or walk. In a lot of pain,” Bliss said in social media post earlier this week. “His usual pig vet said she is not comfortable treating him in his current condition.

“Most vets are not comfortable treating pigs. If anyone knows of a pig vet please let me know,” she added.

“Unfortunately in the state that Larry’s in right now there’s absolutely no way we are going to be able to transport him. He is in too much pain and weak.”

Later on Monday, Bliss left Larry-Steve to record an episode of the WWE’s flagship ‘Monday Night Raw’ television show but said that she maintained contact with her beloved pig via speakerphone.

“It is heartbreaking that all I can do is just listen to him squeal in pain and no one will come help. No one will even just come and give him pain meds to help take care of his pain,” she said.

Sadly, Larry-Steve succumbed to his illness on Tuesday morning – the day before his fourth birthday.

“This morning Larry-Steve gained his Angel wings,” Bliss wrote online “I’m so sorry we couldn’t find you the help you needed in time.

“Some people didn’t agree to help you. But I want you to know Larry, YOUR LIFE MATTERED. We are completely heartbroken.”

A tearful Bliss again took to social media on Wednesday to thank her fans for the wave of support she has received in recent days.

“Larry went very quickly,” she said. “We don’t really fully understand it yet but he was surrounded by people who loved him. My family was there, we were petting him and Ryan [Cabrera, her fiance] was playing him music on his guitar because Larry loves music.

“I just want to say to any animal care-person or vet… No matter how big an animal is or how different they are, please help them. I hope Larry’s story helps open people’s eyes to the reality of having animals around his size and I just want people to do better.”

Also on rt.com ‘I am really sorry’: WWE legend Cena apologizes to China after calling Taiwan ‘country’ in promotion of new movie (VIDEO)