B.V.R. Subrahmanyam to be Commerce Secretary 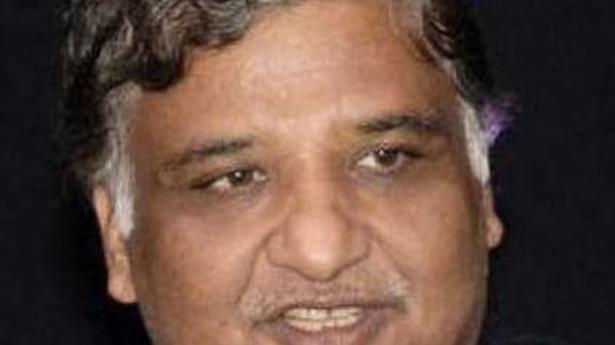 The Modi government on Thursday brought in the Chief Secretary of Jammu and Kashmir, B.V.R. Subrahmanyam, as next the Commerce Secretary, Government of India, upon superannuation of Anup Wadhawan on June 30.

Mr. Subrahmanyam is a 1987 batch IAS officer of the Chhattisgarh cadre, and was sent on deputation to Jammu and Kashmir in June 2018. He served as Chief Secretary when the State was bifurcated into two Union Territories in 2019. He is a widely experienced bureaucrat having worked in Manmohan Singh Prime Minister’s Office as Joint Secretary.

In the Ministry of Commerce, he has been appointed as an Officer on Special Duty for a month, before he takes over as the Secretary when the incumbent Mr. Wadhawan superannuates on June 30.

In another crucial development, the government has granted extensions of one year each to the Secretary, Research and Analysis Wing (R&AW), and the Chief of Intelligence Bureau (IB).

Samant Kumar Goel is the Secretary, R&AW. He has been given one year’s extension beyond June 30, 2021. He is a 1984 batch IPS officer of the Punjab cadre.

His batchmate and Assam Meghalaya cadre IPS office Arvinda Kumar is the Chief of IB, which is the country’s premier spy agency, while the R&AW is an external intelligence agency of the Indian government.

Besides appointing the new Commerce Secretary and granting extension to the chiefs of spy agencies, the government also appointed three Indian Revenue Service (IRS) officials to be Members of the apex Income Tax policymaking body, the Central Board of Direct Taxes (CBDT).

Accordingly, the three officers appointed are: Anu J. Singh, J.B. Mohapatra and Anuja Sarangi, all three IRS officers of Income Tax cadre belonging to the 1985 batch. The names of these officials were cleared by the Ministry of Finance in February/March this year.

The CBDT has been working with just a Chairman, who is on extension till May 31, and two other Members, one of whom is also on extension. The CBDT Chairman P.C. Mody was given a three-month extension in February this year till May 31. He is a 1982 batch IRS officer and was appointed as the chief in September 2019.

Another Member on extension is S.K. Gupta, whose extended tenure is ending in July this year.

All appointment and extension orders were issued by the Department of Personnel and Training after approval from the Prime Minister-led Appointments Committee of the Cabinet.

Additionally, the Centre repatriated the Tamil Nadu cadre IAS officer, Shiv Das Meena, serving as Chairman of the Central Pollution Control Board at the request of the State government. Mr. Meena is a 1989 batch IAS officer of the T.N. cadre and now will be repatriated to serve in the parent cadre.

Sharib Hashmi says he’s on ‘cloud nine’ as the response on The Family Man 2 has been ‘crazy’; Deets inside