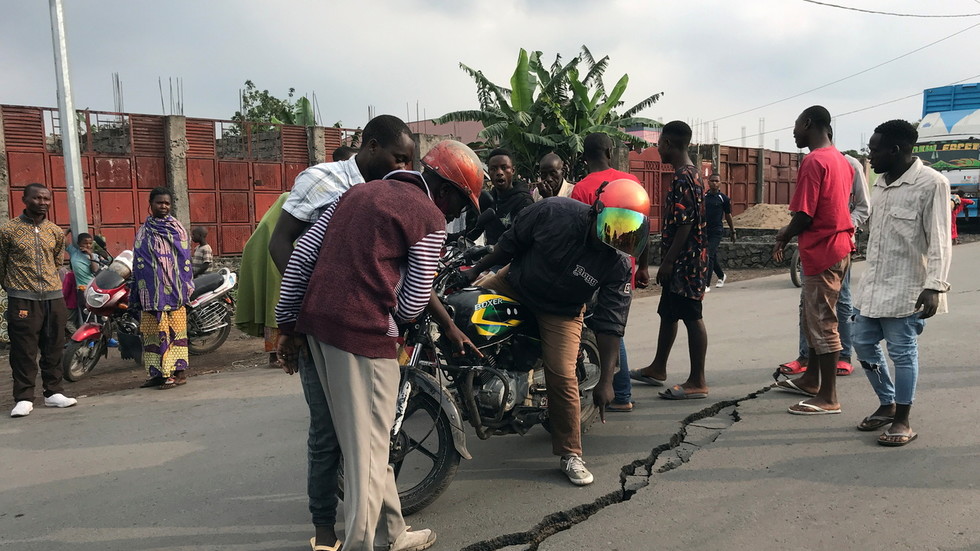 The authorities in Congo have ordered a partial evacuation of Goma, with the region’s military governor warning that volcanic magma under the city, extending under Lake Kivu, could cause another eruption at any time.

“Given these scientific observations, an eruption on land or under the lake cannot be ruled out at present, and it could occur with very little or no warning,” Ndima Kongba, the military governor of North Kivu province told the media on Thursday.

He said that data indicates the presence of magma underneath parts of Goma – a city that had already been battered by hundreds of earthquakes – after Mount Nyiragongo erupted again last week. The magma extends under Lake Kivu.

“Evacuation is compulsory, and those who do not adhere swiftly, carry unnecessary risks. A return home can only take place on the recommendation of the provincial authority,” Kongba stated.

Ten of Goma’s neighborhoods are being evacuated to nearby Sake, a town 13 miles (21km) to the northwest, also on Lake Kivu.

Large cracks have appeared around Goma as seismic activity and ground deformation continues in the aftermath of Saturday’s eruption. The lava flow stopped just 900 feet (300 meters) from Goma Airport, which is a major aid hub for operations in eastern Democratic Republic of Congo.

According to the UN, more than 20,000 people have been rendered homeless and 40 are still missing after the eruption sent lava flowing into the city, killing 31 and destroying more than 3,000 homes.

On Wednesday, the UN said it would be relocating 250 of its non-essential staff and half of its aid workers and their dependants to Bukavu, a city 30 miles (50km) away.