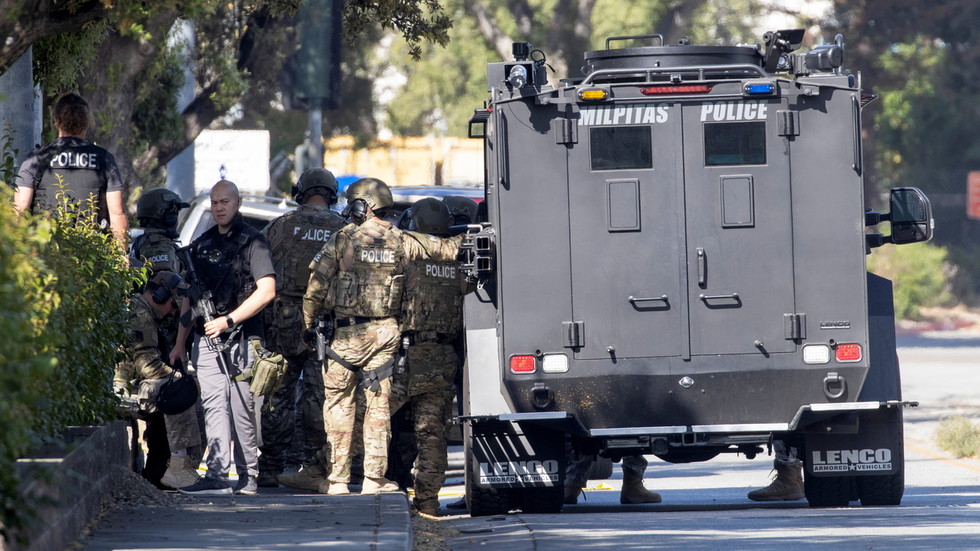 President Joe Biden used the occasion of America’s latest mass shooting to renew his call for gun legislation, saying the murders of 8 people at a San Jose, California, rail yard marked another urgent call to action by Congress.

“Enough,” Biden said on Wednesday, hours after a rail technician reportedly opened fire on co-workers before killing himself. “Once again, I urge Congress to take immediate action and heed the call of the American people, including the vast majority of gun owners, to help end this epidemic of gun violence in America.”

“Once again, I urge Congress to take immediate action and heed the call of the American people, including the vast majority of gun owners, to help end this epidemic of gun violence in America.” — President Biden pic.twitter.com/OJ5VvSGpbD

Biden noted in his statement that he doesn’t yet know details of the San Jose shooting, and he gave no specifics on how legislation he’s proposing might have prevented the tragedy. California already boasts some of the nation’s strictest gun laws, and Mayor Sam Liccardo has proposed making San Jose the first city to force gun owners to buy liability insurance for their weapons.

“We are still awaiting many details of this latest mass shooting, but there are some things we know for sure,” Biden said. “There are at least eight families who will never be whole again. There are children, parents and spouses who are waiting to hear whether someone they love is ever going to come home.”

The president ordered that flags on federal properties be flown at half-staff in honor of the San Jose victims, just as he did after recent mass shootings in Georgia, Colorado, South Carolina and Indiana.

The shooter was identified as 57-year-old Sam Cassidy, a Santa Clara Valley Transportation Authority (VTA) employee. In addition to the eight people who were murdered, another person was critically wounded.

Like Biden, Newsom was quick to politicize the shooting. “There’s a numbness… some of us are feeling about this because there’s a sameness to this,” he told reporters at a briefing in San Jose. “Anywhere, USA. It feels like this happens over and over and over again. Rinse and repeat, rinse and repeat.”

Newsom urged lawmakers to move beyond politics and finger-pointing to take meaningful action against surging gun violence. “It begs the damn question, what the hell is going on in the United States of America?” he said of the many mass shootings. “What the hell’s wrong with us? When are we gonna come to grips with this?”

California has had Democrat governors since 2011, and the party has supermajorities in both houses of its Legislature. Democrats also control San Jose’s City Council unanimously, as well as the federal executive branch and both houses of Congress.