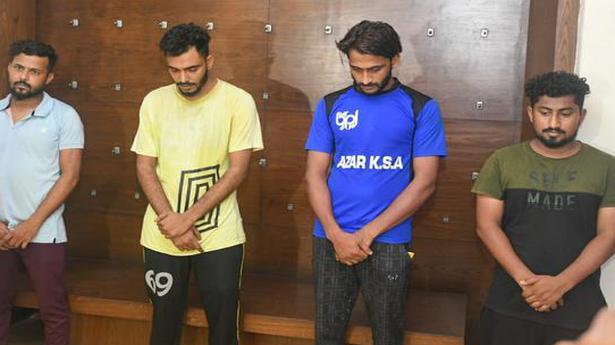 The Mangaluru Rural Police on Thursday arrested four persons on charges of assaulting the panchayat development officer (PDO) of Mallur Gram Panchayat on Tuesday. The four had allegedly assaulted Rajesh Shetty as he was videorecording their violations of COVID-19 appropriate behaviour.

Mr. Shetty, in his complaint, told the police that the four were present in front of the panchayat office at 1.45 p.m. in violation of norms and were not wearing face mask and were not maintaining social distancing. When the PDO told them that they were violating the guidelines and was recording a video for proof, they assaulted him and fled the place in a car and a two-wheeler. The PDO had urged the police to initiate action against the accused under the Epidemic Act and provisions of the IPC.