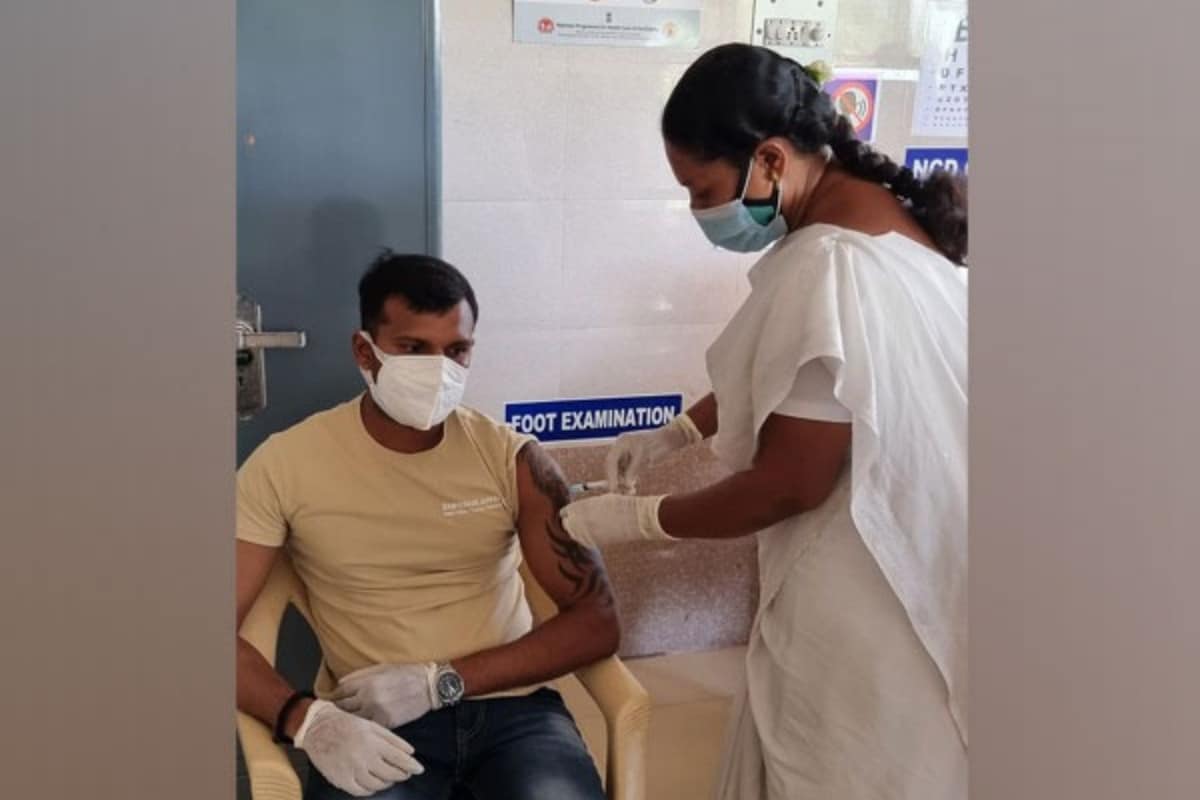 India’s latest left-arm pace sensation T Natarajan received his first dose of the Covid-19 on Thursday, the 27th of May and was grateful to all the health-workers and Covid warriors who had put their lives at risk while serving the people and country at large. Natarajan was one of India’s finds on the tour to Australia in 2020-21 and had come into the limelight after his terrific performance for the Sunrisers Hyderabad in the IPL in the UAE last season.

Natarajan thanked all the health-workers who had helped him and the millions all over the country putting their lives at risk in providing service to the nation.

“Am so grateful to get my vaccine this morning. A million thanks to our incredible health care workers who have put themselves at risk for our people,” Natarajan tweeted.

Natarajan had been ruled out of the 2021 edition of the IPL after suffering a knee injury. He had played just two matches in the season before being ruled out. The fast bowler underwent a knee operation in April and is currently recovering and recuperating.

Am so grateful to get my #Vaccine this morning. A million thanks to our incredible health care workers who have put themselves at risk for our people . #LetsGetVaccinated #Jabbed pic.twitter.com/v21Ez3dJGV

He had stated last month in April that he was looking forward to make a comeback for India soon but the recovery could still take some time. The BCCI and the Sunrisers both wished him a speedy recovery.

Natarajan was not a part of the contingent that has been selected to go to England for the final of the World Test Championship against England and the subsequent five-Test series against hosts England.

Natarajan picked 16 wickets in as many matches for the Sunrisers at an impressive economy rate of 8.02 in IPL 2020. He bowled a number of overs at the death and delivered as many as 64 yorkers in the tournament.

He made his Test debut in the series finale at The Gabba in January, 2021 and that is the only Test he has played in his career.