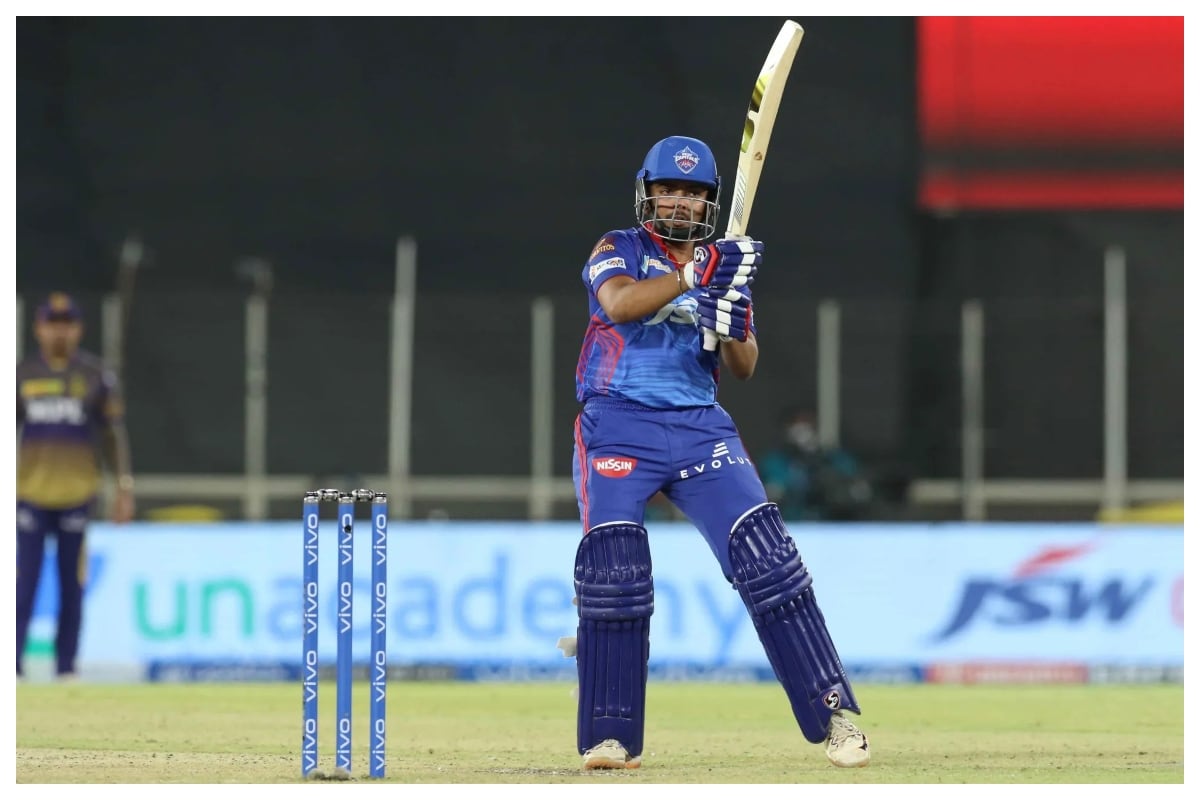 Prithvi Shaw was in destructive form in the 2021 edition of the IPL and his opening partnership with Shikhar Dhawan was one of the major reasons for the Delhi Capitals being in pole position before the league came to an abrupt end due to some players and staff testing positive for Covid-19. As it turns out it was the left-hander who was also indirectly responsible for Shaw’s record in the match against the Kolkata Knight Riders when he smacked Shivam Mavi for six fours in an over.

It was match 25 of the IPL between Delhi Capitals and Kolkata Knight Riders in Ahmedabad. Shaw and Dhawan came out to bat after KKR had set a target of 155. And then all hell broke loose!

Shaw unleashed his destructive best and smashed Shivam Mavi for six consecutive fours from ball number 2 to ball number 7 creating a league record only becoming the second batsman to achieve the feat after Ajinkya Rahane. However, the prodigious right-hander may not have completed the record if not for his partner at the other end. Shaw had lost track of the number of deliveries as the first delivery of the over was a wide. It was Dhawan who had to remind him after the fifth delivery that a ball still remained in the over.

“Actually I came to know after the fifth ball that a sixth ball was left because Mavi had bowled the first ball as a wide. So, I was counting that ball as well and it had slipped my mind. So, Shikhar Dhawan told me one more ball is left,” said Shaw.

It was only after Dhawan’s intervention that Shaw decided to go for the record.

“Then it clicked me. I had not thought anything while hitting the first five boundaries. But I was definitely thinking about that before hitting the sixth boundary, that I have come close after hitting five boundaries in five balls and should try one more,” stated Shaw.

Shaw was keen to score six fours on the trot and equal Rahane’s feat and thus he did not consciously hit the final ball of the first over for a six. He had pre-guessed where the right-armer would bowl to him and was ready to get into the history books.

“I knew where exactly Mavi is going to bowl to me. So just when he released the sixth ball, I was ready. I had tightened my glutes and forearm, that whatever happens, I will hit this one. The only thing was that it should not go for a six if I hit it too hard,” said Shaw.