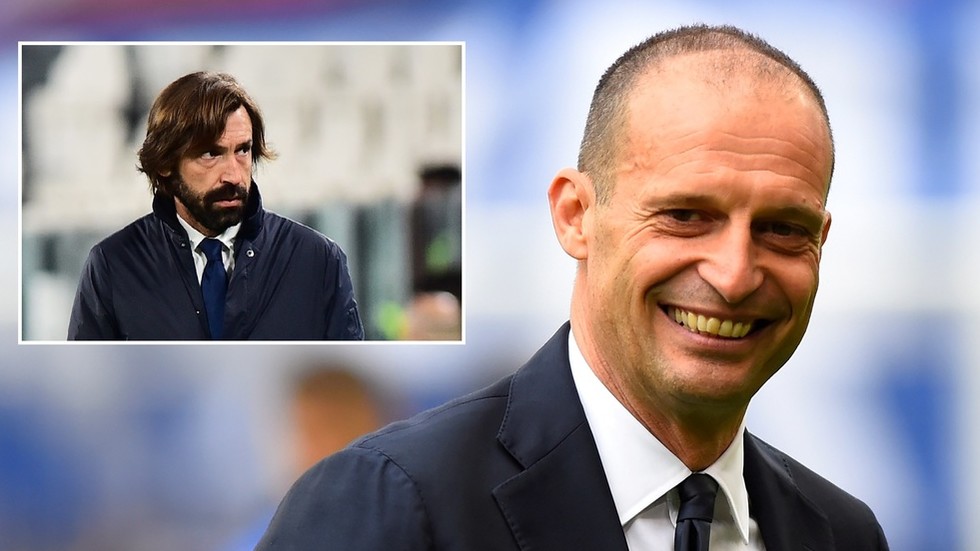 Juventus have reached agreement with former manager Max Allegri to return to the club with Andrea Pirlo set to depart after just one season in charge, according to reports.

Pirlo was a surprise appointment last summer, stepping into the dugout at the then-Serie A champions despite almost no managerial experience.

The project with the former midfield icon at the helm has proved a disappointment as Juve surrendered the Serie A title they had won for the previous nine seasons and only just scraped into the Champions League places on the last day of the campaign, while also suffering yet another early exit in Europe.

A Coppa Italia triumph provided something of a silver lining but was not enough to keep Pirlo, 42, in his job as Allegri is widely reported to be returning to the club he left two years after guiding them to five successive Scudettos as well as a quartet of Coppa Italia titles and two Champions League final appearances.

“Massimiliano Allegri back to Juventus, the verbal agreement has been reached today morning – he’s gonna sign the contract in the next few hours,” tweeted football insider Fabrizio Romano.

“Juventus are also preparing the official statement. It’s gonna be official in the next 24 hours.”

Massimiliano Allegri back to Juventus, the verbal agreement has been reached today morning – he’s gonna sign the contract in the next few hours. Juventus are also preparing the official statement. ⚪️⚫️ #JuveIt’s gonna be official in the next 24 hours. ⏳ @DiMarzio

Out of work since departing the Bianconeri in the summer of 2019, Allegri, 53, had been linked with a host of glamorous jobs across the continent, including the post at Real Madrid which will reportedly soon be vacated by Zinedine Zidane.

It appears, however, that he will be returning to the location where he enjoyed his greatest success as a manager, as the Turin outfit seek to rebuild domestically and launch a tilt for a first Champions League title in almost three decades.

The managerial change will be the third for the Old Lady in three seasons, after Maurizio Sarri lasted just one campaign in 2019-20 before Pirlo replaced him.

With Pirlo now on the way out, questions will be asked as to what that means for star man Cristiano Ronaldo. The 36-year-old has one year remaining on his deal with Juve but has been tipped for a move in search of the European glory he still craves despite his five Champions League triumphs already achieved.

Ronaldo was part of the team which won the 2019 Scudetto in Allegri’s last season in charge, and could see his return as a reason to remain in Turin – assuming the club want to retain his services.

Ronaldo ended the season as top scorer in Serie A but was an unused substitute as Juve secured a 4-1 win at Bologna on the final day of the season to book a top-four finish, later posting cryptically about his “journey” – which some fans took as a farewell message.