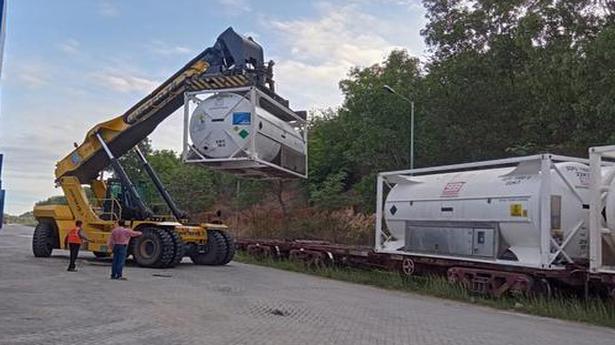 While the Central government has formalised an allotment of 1,200 MT of oxygen to Karnataka, a bulk of it will come from local manufacturers.

Health Commissioner K.V. Trilok Chandra said that they were getting oxygen from manufacturers in Karnataka, Maharashtra, Andhra Pradesh, and Odisha.

For the second day in a row, two Oxygen Express trains arrived at the Inland Container Depot in Whitefield. The first train came from Jamanagar in Gujarat carrying 112.16 tonnes of liquid medical oxygen. The second train brought 120 tonnes of oxygen from Tatanagar, Jharkhand.

As of Wednesday, the State has received 1,652 tonnes of liquid medical oxygen in 14 Oxygen Express trains.