Must Prepare To Administer One Crore Vaccine Doses Per Day: Niti Aayog 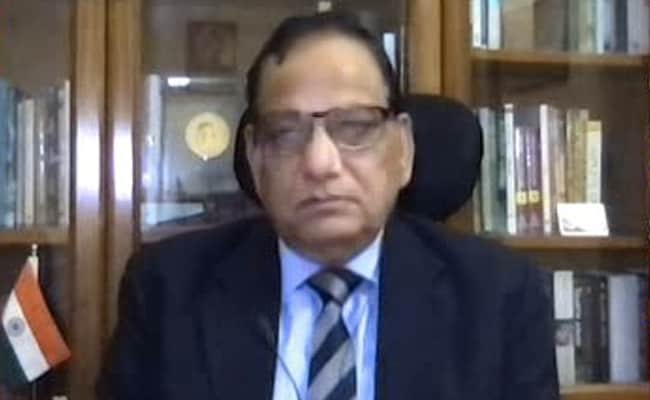 India should prepare to administer one crore Covid jabs a day which will be possible in a few weeks with due preparation and the vaccination should be taken up to 73 lakh doses in the next three weeks, Niti Aayog Member (Health) Dr VK Paul said.

Dr Paul, who also heads the National Expert Group on Vaccine Administration for COVID-19 (NEGVAC), told news agency ANI in an interview that the mismatch between the demand and supply of COVID-19 vaccines is universal and that India is ramping up its production of doses.

He said vaccination policy was liberalised on the demand of states.

“States know our vaccine production capacity. When they said they want flexibility and say in vaccine procurement, a new system was brought in under which Centre will procure 50 per cent of vaccines produced domestically for states for free, for 45+ group,” he said.

“Besides this, a special channel was created for remaining 50 per cent where state governments and private sector can purchase and supply vaccines. On whatever states procure, (from private sector) states have to decide as to which group it has to be given to and taken forward.

“To say that the supply has closed isn’t true. Truth is that out of the available production, a distinct part is available to non-government channels, including state governments, to be used for vaccinating people of their state, according to the flexible approach by state government,” he added.

He said the total capacity to produce COVID vaccines across the world is much less than the requirements.

“The mismatch between the supply and demand of vaccine is universal. We are in a phase when vaccine supplies are ramping up but they are still not matching the total requirement of the eligible population,” he said.

Noting that India is a major hub of vaccine production, he said the government has been working with Covid vaccine companies to increase the production in the country.

Referring to vaccination of children, he said Covaxin has received necessary permissions and will start the paediatric trial.

“I think they are going all the way to two years of age in a systematic way. I have been told that Serum Institute of India wants to begin the paediatric trial of Novavax,” he said.

Dr Paul said it has been found out now that Pfizer can be administered to the younger population and one-two countries will start doing it now.

“When any drug/vaccine is discovered, typically it is first sorted out in the adult population because you do not want to risk children…It has been found out now that Pfizer can be administered to the younger population,” he said.

“One-two countries will start doing that now. The World Health Organization (WHO) hasn’t given any recommendation yet to cover pediatric population in general as any illness in pediatric population is very very mild if we go with the paradigm of deaths as a public health objective,” he added.

US embassy to start visa appointments for Indian students from Monday