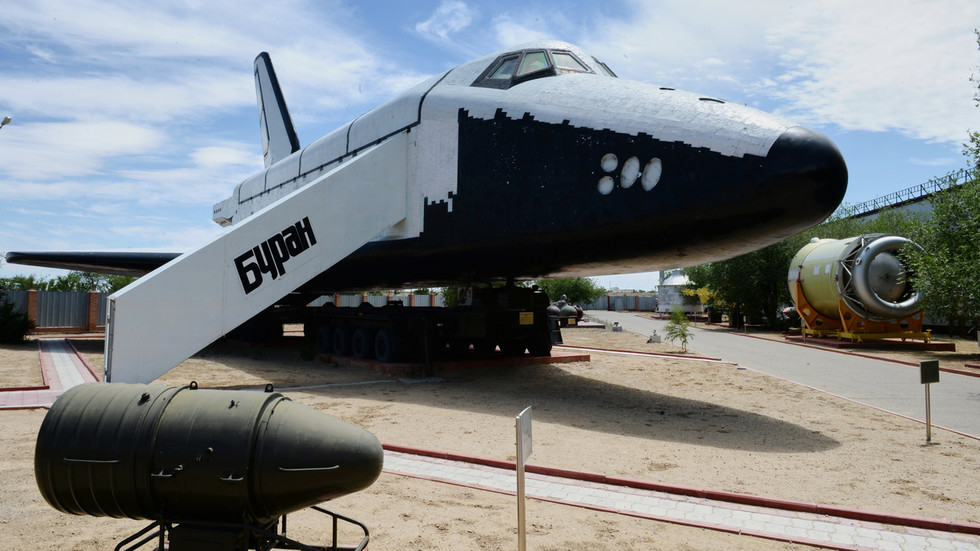 An unfinished mock-up of the historic Soviet Buran spaceplane, first conceived as a rival to the US Space Shuttle, has been vandalized by graffiti artists, who broke into the Baikonur Cosmodrome and painted slogans on the vessel.

It was discovered on Wednesday that unknown people had entered the spaceport and vandalized the model spaceship, daubing it with the slogans “Good,” “Yura, we’ve arrived,” and “Before flying to the stars, a man must learn to live on Earth.”

The Buran (‘blizzard’ in Russian) was the first spaceplane to be produced as part of the Soviet and then Russian space program. Similar in design to the Space Shuttle, it made one orbital flight in 1988, but the program stalled when the Soviet Union collapsed and funding dried up. The original Buran spacecraft was destroyed in 2002, when a hangar roof at Baikonur collapsed.

The cosmodrome is owned by Russia, but located in Kazakhstan, and was the former base of the Soviet space program. Both the first artificial satellite (Sputnik) and the first human spaceflight (Vostok) were launched from Baikonur.

In 2020, the head of the Russian state space agency Roscosmos, Dmitry Rogozin, tried to buy the Buran mockup and bring it to Russia, but discovered it belongs to an anonymous owner from Kazakhstan who could not be found. According to Roscosmos, the issue of transferring the vessel will be raised at the next intergovernmental commission meeting with Kazakhstan. The agency wants to place it in one of Russia’s space museums, along with another model currently at the cosmodrome.

“We are concerned about this situation and will do our best to ensure that these objects end up in a decent place – for example, in one of the museums of cosmonautics,” Roscosmos spokesman Vladimir Ustimenko told the Russian news platform Gazeta.ru.

Last year, Rogozin revealed that Russia was looking to develop new options for human spaceflight and wanted to replace the current Soyuz MS with a winged space shuttle similar to the Buran.