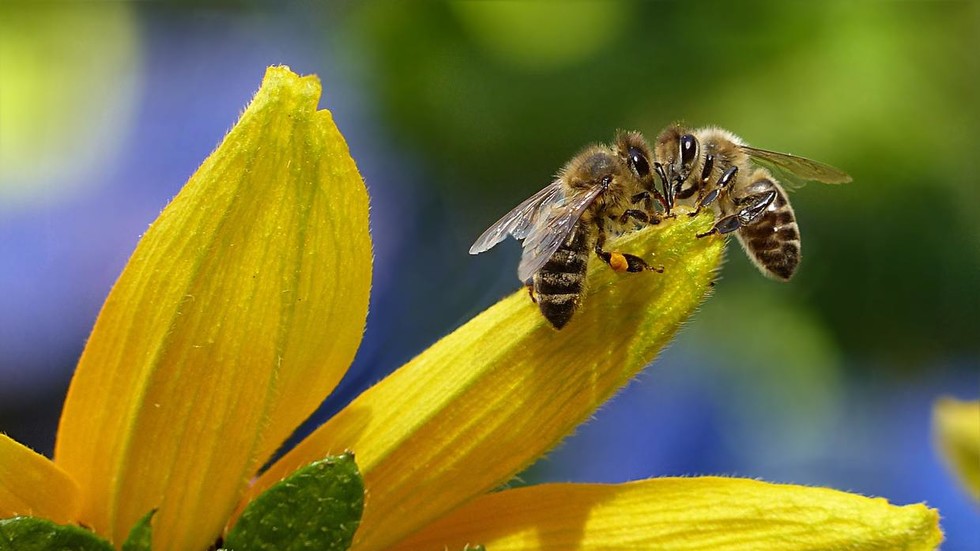 A viral video posted to Twitter claims to show a pair of bees successfully unscrewing the cap of a bottle of soda. The amazing scene has baffled many online and drawn many skeptics, who suspect digital trickery may be afoot.

The footage was reportedly taken in São Paulo, Brazil by a worker on their lunch break, who claimed, “I got a soda from a customer, but soon the bees stole it.”

Previously, those partaking in a picnic only had to keep watch for hungry ants attempting to steal their food, but if this latest video is to be believed, they may need to watch for thirsty drones attempting to swipe a free drink of sweet soda, too.

However, the jury is still out on whether this latest viral sensation is merely a showpiece for the newest digital trickery or instead marks another in a long list of surprising skills the humble bumblebee boasts.

I wouldn’t have believed it if I didn’t see it and I’m still not sure I believe it! 🤔

Research over the years has shown that bees are capable of imparting knowledge to one another, can use tools, and demonstrate basic numeracy skills, including counting to zero and performing mathematical equations, among other bizarre and unexpected behaviors.

Karl von Frisch, who won a Nobel Prize for his research on bee communication, suggested in 1962 that bumblebee brains were simply too small to perform complex tasks and that any of the stunning, apparently intellectual feats observed by scientists were merely the result of good, hardwired instincts.

For reference, bees possess a head roughly 0.0002% the size of the human skull. However, given they have an equally smaller body mass, the power of their tiny brains has yet to be fully understood, and may be far greater than we think.

Von Frisch stated that, while bees are capable of completing complex tasks, they fail “when suddenly faced with unfamiliar tasks.” Unscrewing a bottle cap, after figuring out it needed to be turned counter clockwise, would definitely fall into the category of an unfamiliar task for the average bee.

Also on rt.com Got to bee kidding me: Shopper’s car hijacked by 15,000-strong swarm during 10-min shopping trip (PHOTOS)

In 2017, bees were successfully trained to roll a ball into a goal in order to earn a reward by copying each other’s behaviour and learning from each other’s mistakes. “Such ‘tool use’ at one time was ascribed to humans alone, but then to primates, next to marine mammals, and later to birds,” the researchers wrote.

In this recent case of the Brazilian bees, however, many speculated that the cap was already loose and through sheer force of tiny insect will, the bees managed to topple it.

They probably dont know. Just trial and error… And the cap was probably already loosen

Others vowed to eat their own shorts, such was their belief that the video was a fake, with one commenter suggesting it might be yet another case of highly effective viral marketing.

I’m pretty sure that cap might have to be significantly loosened for this to work. I’ll eat my own shorts if they can do that when the cap is closed tight.

Could be a creative advertisement 🙂

Some joked the bees had shown more cooperation than both the corporate and political worlds in human society.