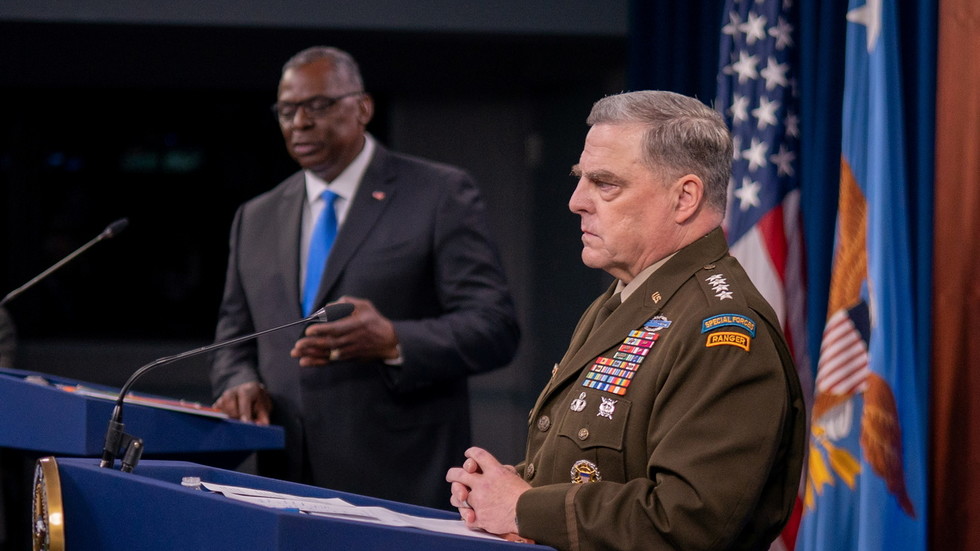 US Army General Mark Milley ducked questions about his past comments on such politically polarizing topics as “white rage” and critical race theory (CRT), but he wanted to make one thing clear: America’s military is “apolitical.”

Speaking at a Pentagon press briefing on Wednesday, Milley, chairman of the Joint Chiefs of Staff, declined when pressed to elaborate on his congressional testimony last month linking the US Capitol riot to “white rage” and defending the military’s teaching of CRT.

“I’m not gonna address specifically white rage or black rage or Asian rage or Irish rage or English rage or German rage or any other rage,” Milley told reporters. “The events of January 6 happened. Those are all gonna get sorted out.” He added that it’s important for the military to understand not only foreign societies, “but we also need to understand our own society, understand the soldiers, sailors, airmen, Marines, and the society they’re coming from.”

Asked again about his use of the term “white rage,” Milley said “I’m not going to discuss it right now. I think it’s a very complicated topic, and we don’t have the time to go into the nuance of it right this minute. I can do that later. I’ll be happy to do that later.”

Also on rt.com ‘If I was going to do a coup, it wouldn’t be with him’: Trump attacks ‘woke’ general Milley who suspected a ‘nazi’ coup attempt

However, Milley volunteered the phrase when testifying to the House Armed Services Committee about the Capitol breach, saying, “I want to understand white rage, and I’m white. What is it that caused thousands of people to assault this building and try to overturn the constitution of the United States of America?”

He also bristled at suggestions by some members of Congress that military leaders are “woke” and defended a West Point seminar on CRT, saying it’s critically important for leaders to be “open-minded and widely read.”

Milley also sidestepped a question about media reports in the past week on a new book alleging that he made plans with other military officials last fall to prevent then-President Donald Trump from attempting a “coup” if he lost the November election.

“I know there’s a lot of interest out there in all of these books that are out there and quoting me and lots of others, etc.,” he said. “I’m not going to comment on what’s in any of those books.” He added that he has always provided his best military advice, regardless of who is president, and that the Pentagon has “maintained the tradition of an apolitical military.”

Secretary of Defense Lloyd Austin defended Milley, insisting he “doesn’t have a political bone in his body.”