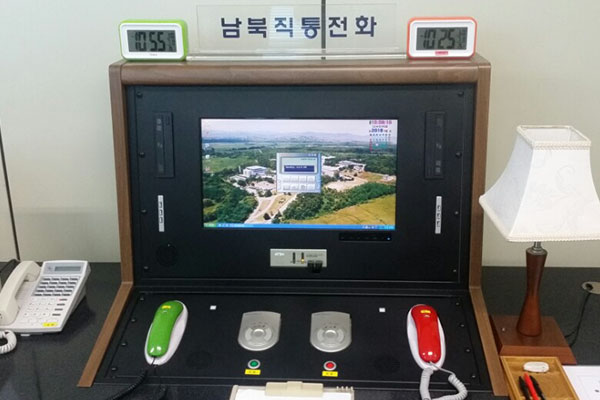 According to the ministry on Tuesday, Seoul conducted tests on the western hotline after it reopened at 10:00 a.m. to ensure that there were no technical problems.

Some issues, however, were detected in the eastern line, and work is under way to fix the channel.

The restoration comes 413 days after the North cut off all lines, including the one at the truce village of Panmunjeom, on June 9 last year, in protest against defector groups’ anti-Pyongyang leaflet activity.

The agreement to restore the channels was reached between President Moon Jae-in and North Korean leader Kim Jong-un, who have exchanged letters since April on improving inter-Korean relations.