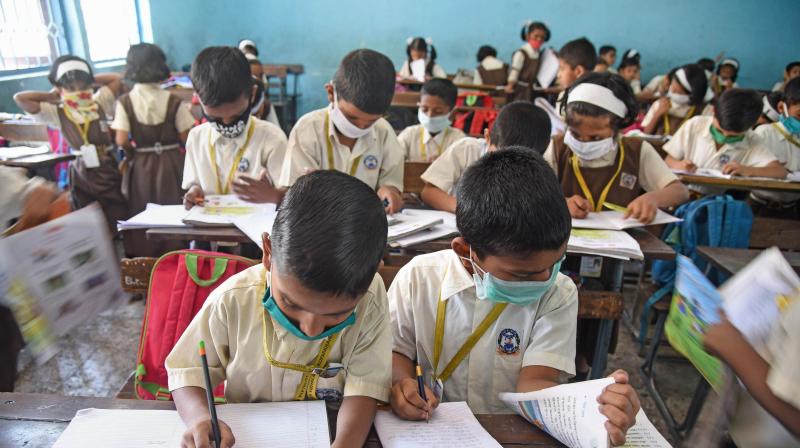 Vishakhapatanam: The AP government’s ambitious plan for rejuvenating the school education system via the new National Education Policy-2020 (NEP) from August 16 has evoked mixed responses from academics, teachers, and parents.

There is no official decision on the NEP so far, vis-à-vis covering all 33,000 primary schools in 13 districts, but nearly 3600 of these schools have preliminarily been identified to shift the Classes III-V to the nearest 3,172 upper primary or high schools from August 16. This is when the government will reopen schools after the Covid19 lockdowns and curfews.

Srinivasa Rao, parent of a primary school student here said, “The government’s decision for revamping school education is good, but it should not be at the cost of the student’s life and the parent’s strain. The government would do well not to take any hurried decision about the NEP.”

Balasubramaniam, MLC from Chittoor, Nellore, and Prakasam constituencies, said the government seemed to have realised the issues in the implementation of the policy at the ground level after going through the public’s feedback and requests from teachers.

UTF state secretary Prabhakar Varma said, “The government did not conduct a meeting with teachers’ unions on the implementation of the NEP.  We have certain fears about loss of jobs. The government should clear our doubts. Moreover, if all the primary schools are shifted to high schools, the existing well-developed school buildings under Nadu-Nedu will become useless.”

According to Varma, there is only one government school in the state at Rajahmundry where the Class I to Class X is administered by a single management.

State education minister Audimulapu Suresh said, “We have identified nearly 3,600 primary schools to shift to the nearest 3,172 upper primary or high schools from August 16. We have not taken a decision on the remaining schools. We will have a review meeting with the chief minister before August 16.”

– Nearly 3,600 primary schools identified to be shifted to nearest high schools from August 16

– CM Jagan to review the NEP policy before August 16