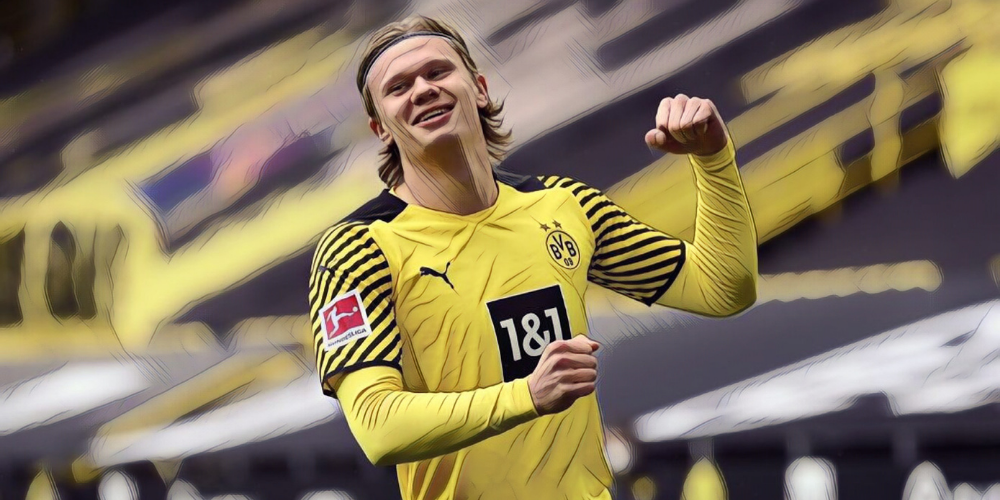 Borussia Dortmund have issued a defiant stance over Erling Haaland with the Bundesliga side insisting the forward is not for sale.

Haaland is amongst the most sought-after talents in world football following a meteoric rise over the past two seasons, scoring 57 goals in just 59 appearances since signing for Dortmund from Red Bull Salzburg.

Each of the Premier League‘s richest clubs, alongside leading sides from Spain and Italy, have been linked with the signing of the Norway international, though interest is expected to intensify next summer as a €75m release clause becomes active.

Chelsea have been continually linked with making an early move for the 21-year-old in order to beat off competition from Europe’s elite, but Dortmund have remained insistent that Haaland will not be sold during the current transfer window.

Sporting director Sebastien Kehl has now issued a defiant statement reiterating that Haaland will remain a Dortmund player beyond the window, likening it to their defiance over Jadon Sancho’s proposed move to Manchester United last summer.

“Yes, Erling will continue to be a Dortmund player after August 31,” Kehl told Bild. “In discussions with Mino Raiola for the transfer of Malen, I did not have the feeling that we would have to meet again because of Erling.

“We have insisted a thousand times that we do not want to give it away. We have taken a clear position and insisted several times that we will not sell Erling this summer.

“But we also see that, anyway, nothing changes whatever we say. The same happened with Jadon Sancho last year until the last day of the transfer period and the result is known. In other words, no one should underestimate us.”

Haaland himself admitted yesterday that he hopes nobody will stump up the reported €175m that it would take to tempt Dortmund into a sale.

Read Also – Iconic Duos: The prototypes of the modern full back, Cafu and Roberto Carlos