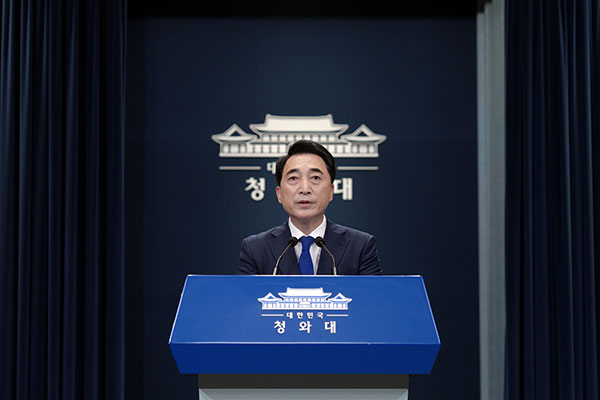 The president’s senior secretary for public communication said the reopening of direct communication lines between the two Koreas will serve as a springboard to resume the Korean Peninsula peace process.

Park Soo-hyun made the remark on Wednesday when he appeared on a local radio program, saying the government is at the starting line to reinvigorate the process.

He made the comments after being asked if the restoration of the lines could lead to an inter-Korean summit taking place before the end of President Moon Jae-in’s term.

Park said the government is ready to pave the way towards the ultimate goal which is the denuclearization of the peninsula, and that a South-North summit may serve as one of its stepping stones.

Park expressed his hope that, with the latest move, the two Koreas will pursue working-level contact at various levels and make substantive progress, including cooperation in COVID-19 quarantine efforts and re-establishing an inter-Korean liaison office.