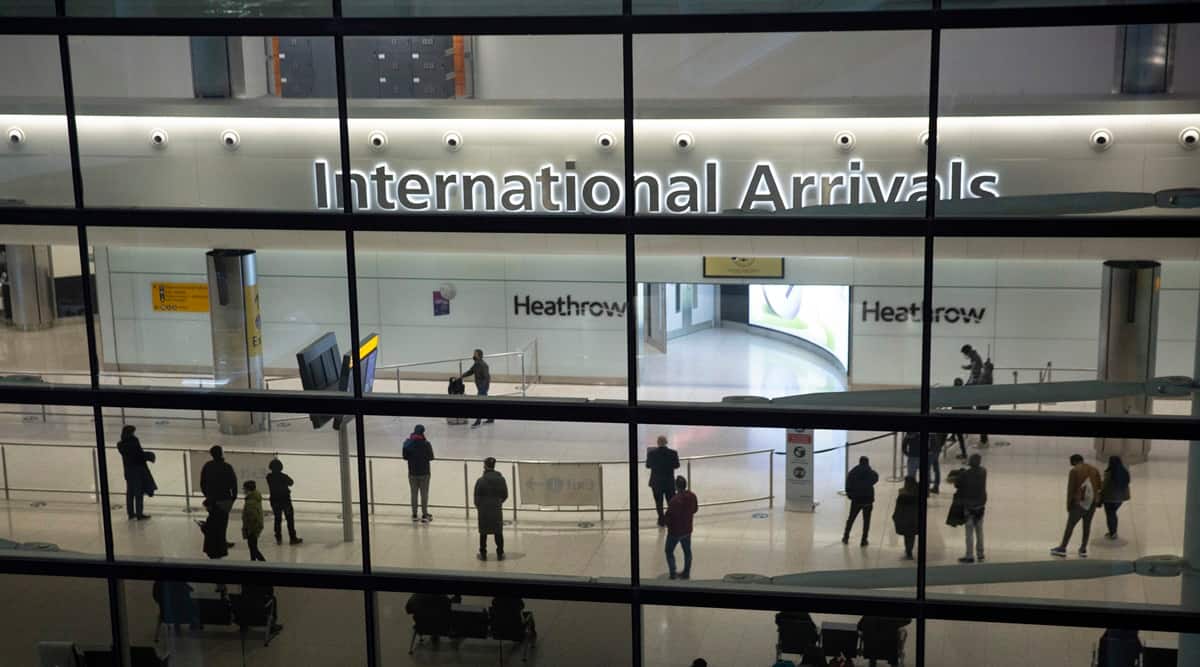 For the past week, it has been the most eagerly awaited number in the land, posted each day at 4 p.m. by the British government. When it rose by 4,223 on Wednesday, reversing seven straight days of declines, it was a reminder that the country’s path out of pandemic has a few twists left in it.

The number of new coronavirus cases in the United Kingdom, which stood at 27,743 on Wednesday, is still only half the recent high of 54,674 on July 17. That came two days before Prime Minister Boris Johnson threw off most social-distancing restrictions in England in defiance of those who said it would fuel a massive surge of infections.

The reduction in cases has confounded scientists and drawn warnings from Johnson and other officials who say it is too soon to declare victory — a caution that may be vindicated by the latest uptick. Yet inevitably, after 16 months of lockdowns and a robust vaccination campaign, the generally downward trend has fanned hopes that the country might finally be on the road to normality.

Adding to those hopes, England announced that fully vaccinated travelers from the United States and the European Union would be allowed to enter without going into quarantine. The gesture, effective Monday, has not yet been reciprocated by the United States or some European countries, but it nonetheless eases the isolation that many Britons felt as other parts of the world had begun to reopen.

“It’s ironic that with one of the best vaccination programs in the world, we’ve been so utterly isolated,” said Steven Freudmann, chairman of the Institute of Travel and Tourism, an industry group that lobbied for the changes. “But now there seems to be significant light at the end of the tunnel.”

Whether the end is in sight for England’s broader campaign against the virus is less clear. While the number of new cases rose modestly on Wednesday, the number of deaths fell, as did the number of people hospitalized — a metric that many experts say is the most meaningful since it shows whether vaccines are effective in breaking the link between infection and serious illness.

Still, with the highly transmissible delta variant circulating in the population, the focus on cases is understandable. When Johnson lifted all but a few restrictions on July 19 — a milestone British tabloids proclaimed “Freedom Day” — his own health secretary, Sajid Javid, warned that cases could balloon to 100,000 a day.

Such predictions gave the government’s move a decidedly hollow feeling; many people worried that it was simply hastening a dangerous third wave of infections. The sense of dissonance was deepened by the fact that Johnson himself was forced to go into self-isolation after being in contact with Javid, who had tested positive for the virus, even after having been fully vaccinated.

Now, having steeled itself for a resurgence, England is instead struggling to make sense of a morass of conflicting data.

Scientists venture various theories for the lower level of cases: the school summer vacation, which cut off a chain of transmission; the end of the European soccer championships, which packed stadiums and pubs; the warm weather, which has lured people outdoors; and a decline in the number of people getting tested — either because they are students, no longer being tested in school, or because they are shunning tests to avoid having their vacation plans disrupted by a positive result. After oscillating around one million tests a day last week, the final week many schools in England were in session, the number of people being tested has dropped to roughly 800,000 a day.

Some suggest that after living with the virus for a year and a half, people are simply being more cautious.

“They haven’t changed their behavior as much, even if the legal restrictions changed,” said Devi Sridhar, the head of the global public health program at the University of Edinburgh. “Eighteen months of pandemic has showed people how to stay safe.”

Sridhar said she expected to see a spike in cases, particularly among young people, in September after schools reopen. The British government has so far decided not to vaccinate children ages 12 to 18, arguing that their resilience to effects of COVID-19 reduces the benefits of inoculating them.

Other scientists also say there could be a resurgence in cases. But given that 71% of adults are fully vaccinated, some are venturing predictions that Britain could soon reach the threshold of herd immunity.

“I think I’m positive that by late September, October time, we will be looking back at most of the pandemic,” said Neil Ferguson, an epidemiologist at Imperial College London known for his gloomy scenarios.

The relaxation of travel restrictions was a major stride toward normalcy. Britain had been criticized for discriminating between travelers who were vaccinated in Britain and those who were inoculated elsewhere, without any medical justification.

Vaccinated people arriving in England from most countries on the government’s “amber list,” those with moderately high transmission, have been required to quarantine — unless they received their shots in Britain.

Under the new rules, travelers from the United States, the European Union, Iceland, Norway, or Switzerland who have been fully vaccinated with shots authorized by either American or European drug regulators will no longer have to quarantine, though they will still be required to take a test after arriving.

The new policy applies only to England, not to the whole of Britain. Scotland, Wales and Northern Ireland make their own decisions about foreign travelers.

For British officials, the biggest challenge over the coming days may be dispelling the idea that the pandemic is over.

Speaking in a radio interview Wednesday, Johnson said, “The most important thing is for people to recognize that the current situation still calls for a lot of caution and for people just to remember that the virus is still out there, that a lot of people have got it.”

Johnson was pushing against euphoria of the sort splashed on the front page of Wednesday’s Daily Mail. It quoted an unnamed senior government minister declaring, “COVID is all over bar the shouting.”

This article originally appeared in The New York Times.