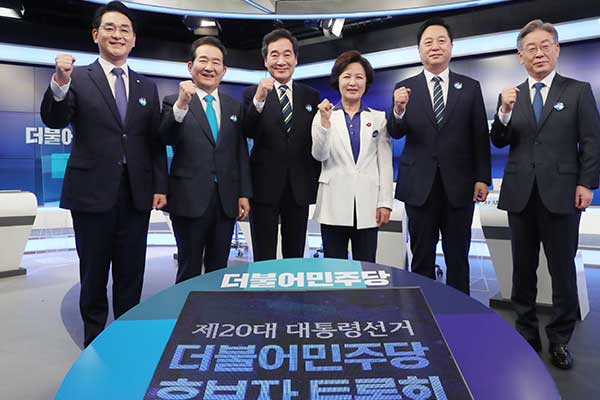 As competition among the ruling Democratic Party’s(DP) six presidential contenders seems to grow uglier, the party’s leadership and election officials have brokered a sort of gentlemen’s agreement.

The DP’s primary candidates on Wednesday attended a so-called “one-team” accord signing ceremony and agreed to refrain from slanderous campaigns and encourage fair competition.

The six hopefuls swore an oath to present future-oriented policies, pursue dignity and honesty, compete in good faith and abide by party platforms and election rules.

Speaking to reporters afterwards, the candidates said the party should sanction malicious propaganda and that vetting one’s credentials and running a negative campaign are different.

Businessinsider.co.za | Korean boy band BTS has been sworn in as presidential envoys and given diplomatic passports