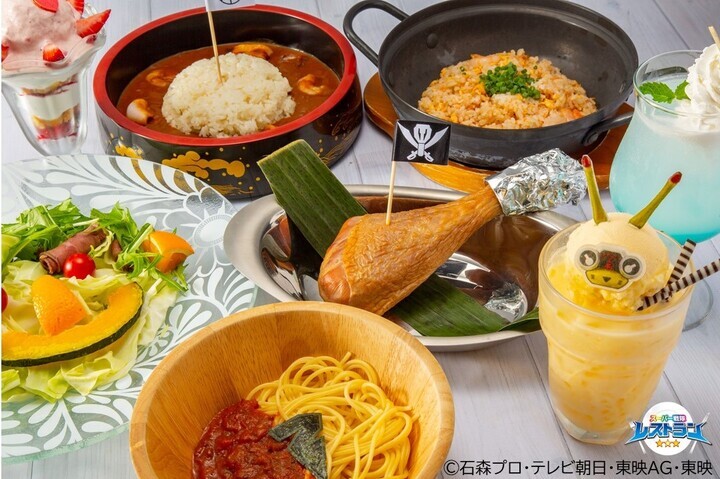 One of the most recognizable TV shows to ever come out of Japan is Power Rangers, known as Super Sentai in Japan. Though outside of Japan Power Rangers is often considered a pinnacle of ’80s and ’90s kids’ television, Super Sentai endures as one of Japan’s most beloved kids’ franchises, with dozens of series spanning space and time, and new ones coming out every year.

As such, the series has finally earned itself an official Super Sentai-themed restaurant! It’s located in the Ikebukuro neighborhood of Tokyo and is being operated in collaboration with Pasela Resorts, the high-end karaoke and restaurant chain known for its tasty food. Inside, you’ll step back in time through the history of Super Sentai, reviewing all the generations of Super Sentai warriors throughout the years. 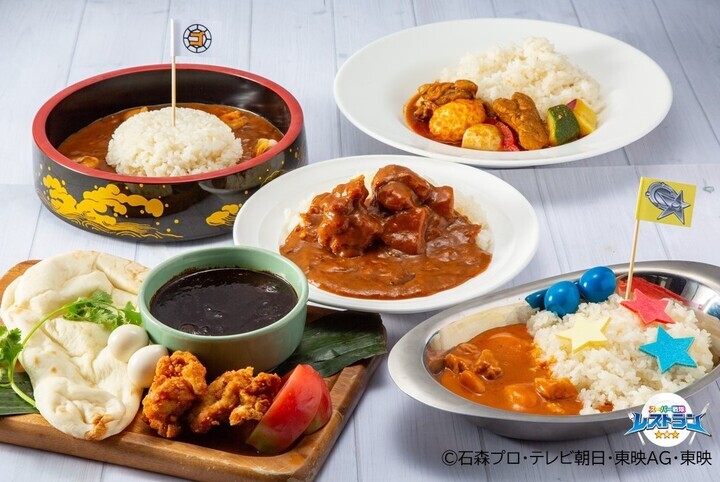 …Safari Special Curry (1,210 yen), based on curry eaten by Captain Marvelous of the Gokaigers in one of the more recent series, and Shinkenger Gold Curry (1,100 yen), based on curry served by the Gold Ranger in his sushi shop in Samurai Sentai Shinkenger (Power Rangers Samurai). Only one will be served per day depending on the day, so if you want to try them all out, multiple visits would be in order.

The menu is also chock full of other delicious items that are served daily, like salads, yakiniku meals, fried chicken, noodles, rice dishes, and of course, a children’s menu. And don’t forget about dessert!

For thirsty folks, the Super Sentai Restaurant also serves a whole host of delicious-looking, series-inspired drinks available as well. Of special note are the ice cream floats in all the colors of the Rangers (770 yen each), each with its own flavor. They come with a special straw marker with the emblem of a Ranger troop, so you can pick your favorite Ranger from your favorite series and have a cold one (of sorts) in their honor. 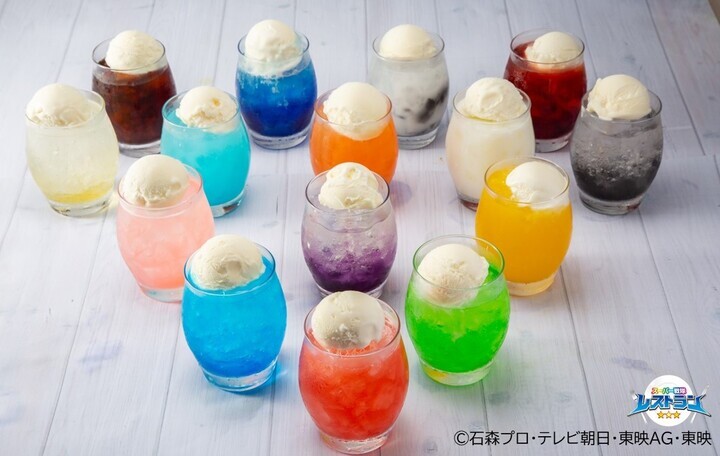 And that’s not all! As with all themed restaurants, dining at the Super Sentai Restaurant will earn you two free, exclusive goods: one of 45 original place mats featuring the Rangers of each series in post-morphing poses…

▼ Some of the lunch mats you can take home

…Or one of 46 aluminum emblem magnets, featuring the emblems of each of the different Ranger groups throughout history. You’ll get one of each chosen at random, so if you’re a super fan, you’ll probably want to collect them all.

▼ Some of the magnets available

You can find this brand new restaurant, which just opened on July 22, on the fourth floor of the Pasela Resort in Ikebukuro. That’s the same floor as the Kamen Rider restaurant, Kamen Rider: The Diner, so if you’ve got a tokusatsu fan in your family, you’re going to want to make a trip to Ikebukuro soon!