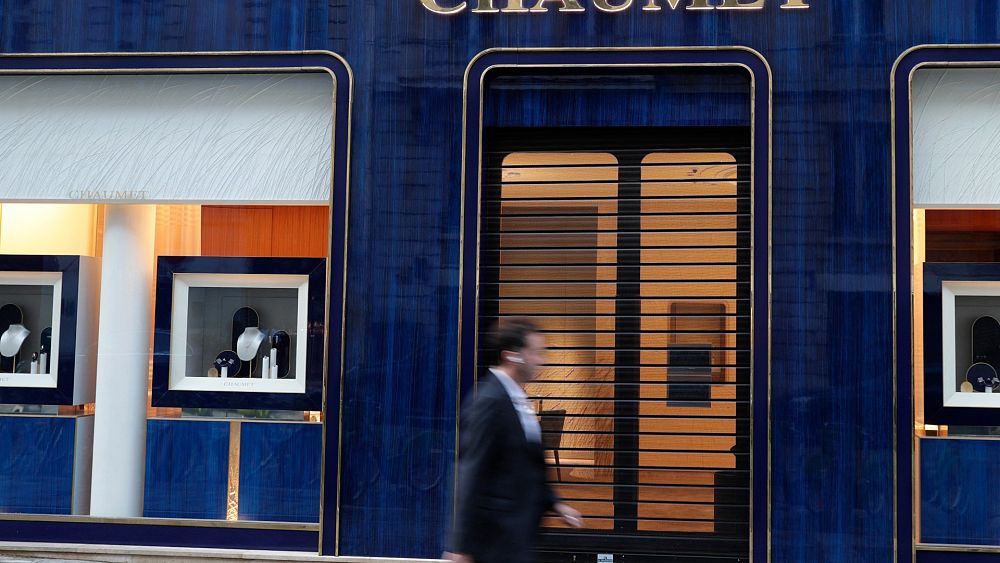 French police arrested two people on Wednesday suspected of having stolen jewellery worth up to €3 million in a Paris shop.

The burglary at a Chaumet jewellery shop near the Champs-Elysées took place at around 17:00 CET on Tuesday. A man erupted into the shop with a handgun and departed on an electric scooter with a loot estimated at between €2 and €3 million. No violence was used.

CCTV images released after the burglary show the man, with greying hair, a grey suit and a face mask, leaving on the scooter with two plastic bags.

The two suspects, born in 1967 ad 1977, were arrested on Wednesday morning at a motorway rest area as they were travelling by bus.

Authorities said a “substantial part” of the loot was found in their possession.

The Paris Prosecutor’s Office, which had launched an investigation for “robbery with a weapon”, praised the Banditry Repression Brigade for its “remarkable mobilisation”.