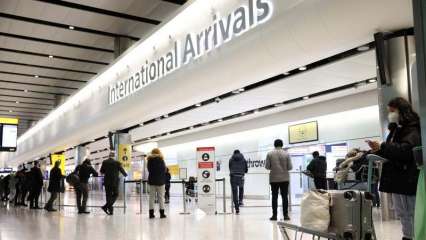 In a reply to a question posed in Lok Sabha, Union Minister of State (MoS) for External Affairs V Muraleedharan clarified that the government has no plans to introduce a vaccine passport. The minister however added that there have been discussions regarding COVID-19 vaccine certificates, but no decision has been taken in this regard.

“There is no plan to introduce vaccine passport. While there have been multilateral discussions, including under the framework of the International Civil Aviation Organisation (ICAO), regarding COVID-19 vaccination certificates, no multilateral arrangements in this regard have been reached so far,” the minister said.

This comes at a time when several countries in the western world are planning to roll out a vaccine passport. Vaccine passports are documentary proof that a person has been vaccinated. However, India has been issuing the CoWIN vaccine certificates to fully vaccinated people and with this, they can travel abroad.

Earlier, MEA Spokesperson Arindam Bagchi had said that India hoped that blocs like European Union will recognise the certificate for travel on a reciprocal basis.

The 31-nation European Union bloc launched its EU Digital COVID-19 Certificate (EUCC) also known as ‘Green Passport’ to allow hassle-free intra-Europe travel for those who have taken one of the four jabs approved by the European Medicines Agency (EMA).

Though there is uncertainty over EMA’s approval of SII’s India-manufactured Covishield, 15 European nations have recognised the vaccine.

At present, three vaccines are approved by the Drug Controller General of India (DCGI) for emergency use in India which includes Oxford-AstraZeneca’s Covishield manufactured by Serum Institute of India, Bharat Biotech’s Covaxin and the Russia manufactured Sputnik V.