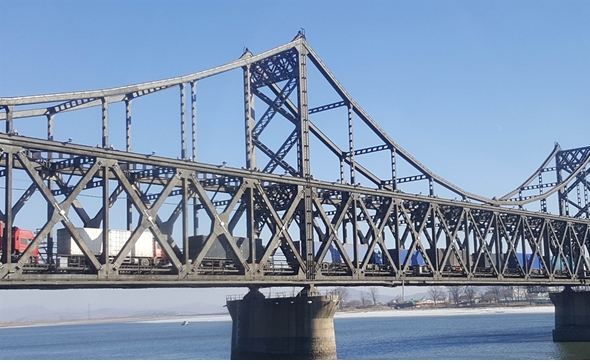 North Korea’s annual trade plunged a whopping 73.4 percent in 2020 from a year earlier, as the country shut down its border amid the COVID-19 pandemic, data showed Thursday.

The combined amount of North Korea’s trade came to US$863 million in 2020, compared with $3.24 billion tallied a year earlier, according to the data compiled by the state-run Korea Trade-Investment Promotion Agency (KOTRA).

“The decrease came as both exports and imports lost ground after North Korea closed down its border amid COVID-19, coupled with the prolonged economic sanctions from the United Nations,” the KOTRA said in a report.

Outbound shipments came to $89 million, plunging 68 percent from $278 million posted in 2019. Imports also slid 74 percent over the period to reach $774 million, leading to a trade deficit of $684 million.

The trade deficit, meanwhile, improved from the previous year as imports decreased at a faster pace.

The combined amount of trade between North Korea and China came to $762 million, accounting for 88.2 percent of the North’s annual trade.

KOTRA added Mozambique, Tanzania, Ghana and Thailand were newly listed in the top 10 trade partners of North Korea in 2020. (Yonhap)