Tokyo Games organizers on Wednesday admitted to throwing away approximately 4,000 of the 10,000 pre-ordered bento boxes full of food that was to be fed to volunteers on the day of the opening ceremony.

Masanori Takaya, a spokesman for the organizing committee, confirmed the report and apologized in a press conference at the main press center.

“On the day of the opening ceremony at the Olympic Stadium, the large number of staff on duty meant that all of the volumes were large, and a lot of the food was not consumed,” Takaya said.

He explained that due to the heavy workload for volunteers they did not have a chance to eat the food, which was set to be turned into animal feed and used for biomass power generation.

Takaya revealed that there has been an approximately 20 to 30 percent surplus of food across all venues, particularly on July 23, the day the games opened. – Kyodo

Japan’s Ono Shohei has won the gold medal in the men’s judo 73-kilogram category. He beat Georgia’s Lasha Shavdatuashvili in the final. 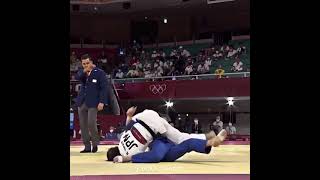 Japan’s Naohisa Takato hs won the first gold medal for the host nation, beating Taiwan’s Yang Yung-wei in the final of the men’s 60 kg judo. Takato, a bronze medalist at the Rio Games in 2016, cried after his victory in an empty Nippon Budokan, the legendary martial arts and concert hall.

Skill centre along Yamuna Expressway in next 6 months