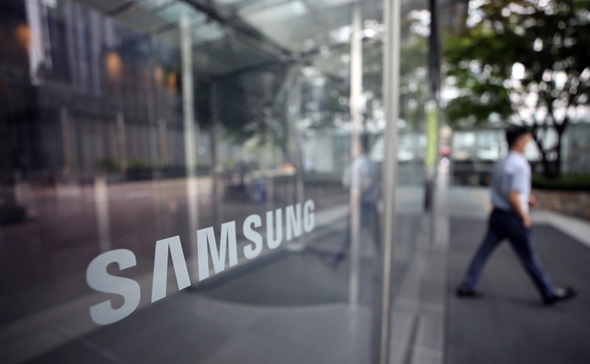 Samsung Electronics on Thursday reported robust second-quarter earnings on the back of its semiconductor business and a one-off gain from its display panel business.

Its net profit stood at 9.63 trillion won ($8.3 billion) in the April-June period, up 73.4 percent from a year earlier, the world’s largest memory chip and smartphone vendor said in a regulatory filing.

The figures were in line with its earnings guidance announced earlier this month that beat the market consensus.

Samsung’s chip business anchored the upbeat performance on the back of rising memory prices and a recovery from the foundry sector. The company had suffered from a monthlong shutdown of the company’s foundry fab in Austin, Texas, where a severe winter storm caused a power outage in February.

Revenue from the semiconductor unit stood at 22.74 trillion won in the second quarter of the year, up 24.7 percent from a year earlier, while its operating profit jumped 27.6 percent on-year to 6.93 trillion won.

Compared with the first quarter, its operating profit more than doubled, while sales increased 19.6 percent.

“The memory business reported a significant increase in earnings from the previous quarter, led by strong demand for server and PC memory, as well as stronger-than-expected increases in average sales prices for both DRAM and NAND chips,” Samsung said. “The foundry business saw its earnings improve thanks to early normalization of the Austin fab and maximized chip supply capabilities.”

Samsung’s IT & Mobile Communications (IM) division had a relatively tepid performance due to the resurgence of COVID-19 in major markets.

It racked up revenue of 22.67 trillion won, up 9.3 percent from a year earlier, while operating profit soared 66.2 percent on-year to 3.24 trillion won in the second quarter.

But compared with the previous quarter, its sales plunged 22.4 percent, while operating income dropped 26.2 percent.

“Overall market demand decreased from the previous quarter due to the impact of weak seasonality and the prolonged COVID-19 pandemic,” Samsung said. “The mobile communications business saw revenue decrease compared to the previous quarter, influenced by a component supply shortage in the industry as well as production disruptions in its Vietnam factory.”

Samsung’s display panel business contributed big in the second quarter thanks to a one-off gain suspected to be a payment from a client for not purchasing a contracted amount of displays.

The display unit posted 6.87 trillion won in revenue, up 2.2 percent from a year earlier, while its operating profit more than doubled to 1.28 trillion won.

Compared with the first quarter, its operating profit was up 255.5 percent, though sales were down 0.7 percent.

“Its earnings improved from the previous quarter despite weak seasonality for mobile products, primarily due to a one-time gain as well as an increase in overall ASP,” Samsung said.

Its sales were up 3.2 percent from the first quarter, but its operating profit was down 5.4 percent.

“Overall market demand for TVs decreased from the previous quarter due to low seasonality but was higher compared to a year earlier,” Samsung said. “Expanded sales of premium products, including the newly launched Neo QLED, and a timely response, based on operational efficiency, to demand generated by global sporting events allowed the company to post solid profits in the second quarter.”

Samsung said its capital expenditures in the second quarter stood at 13.6 trillion won, up from 9.7 trillion won in the first quarter, with 12.5 trillion won used for semiconductors and 600 billion won for displays. (Yonhap)