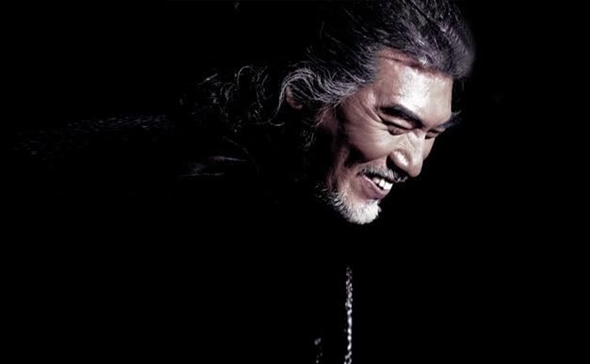 A right-wing indie musician and a liberal rocker were caught in a war of words after the rocker assailed veteran trot music singer Na Hoon-a for holding three days of concerts in the southeastern city of Daegu from July 16-18 during the pandemic.

Their fight soon became a multi-party brawl involving some liberal politicians, as the conservative indie musician, Choi Il-hwan, alleged that the liberal rocker, Shin Dae-chul, who had first chastised Na, had criticized the veteran singer on behalf of the liberal ruling camp.

Conservative indie musician Choi, who is also a YouTuber running a channel called, Crocodile Men’s Training Center, attacked liberal Shin, a guitarist and the leader of the rock band, Sinawe, claiming that a rocker should not surrender to political power.

In a video uploaded on his YouTube channel on July 23, Choi said that Shin’s criticism of Na for holding three days of concerts was pointless.

“Indie musicians have been unable to go ahead with their concerts… not because of the pandemic but due to (the fear of losing) money,” he said. “They knew that they would be unable to pay the concert hall fees… I think that Shin was inappropriate in attacking Na for his concerts. He should have been vocal in support of his fellow indie musicians who are struggling to make ends meet. I think the real reason Shin criticized Na is that he wants Mr. Na to be quiet, and not to challenge (President) Moon Jae-in.”

In a separate video that he uploaded to his YouTube channel a day later, Choi alleged that several liberal politicians had Shin’s back and mentioned late Seoul Mayor Park Won-soon’s alleged ties to Shin through the 500 Million Won Music Festival project.

Shin firmly denied the allegations as groundless and threatened legal action against Choi if he did not stop making them.

In his social media post on July 21, Shin wrote, “Mr. Na, I envy you (for pushing ahead with your concerts as scheduled). Please note that other singers are cancelling their performances, which would attract only dozens even if they were held as scheduled.”

“I understand that the Greek philosopher encouraged people to stay humble and be kind when they are young as well as to be fair when they get older. You are called ‘the emperor’ of the music scene. Haven’t you ever considered some self-restraint?” he wrote.

The rocker then said that he had a song request, “One Million Roses,” sung by trot singer Shim Soo-bong, for Na, if he doesn’t mind, claiming that Na’s “Brother Tes” and One Million Roses are almost identical.

Na didn’t respond to Shin’s allegations, including this suggestion that he had plagiarized Shim’s song.

Shin is known to be a liberal party supporter. During the 2017 presidential election, Shin endorsed Moon Jae-in as then next president. He appeared at several events hosted by the liberal Democratic Party of Korea.

Choi, meanwhile, is right-wing. In his YouTube channel, there are multiple videos in which he criticizes President Moon and several other liberal politicians’ supposed links with alleged “communists.”